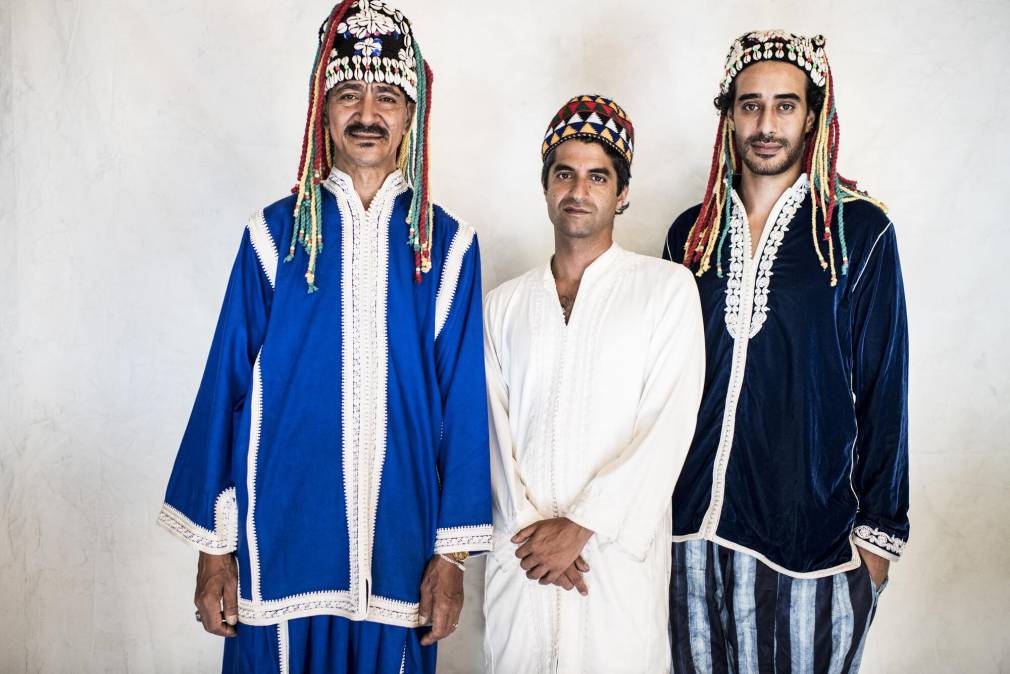 The American-Moroccan band offers a trance experience through this album, while paying tribute to the spiritual Gnawa traditions of the Kingdom of Morocco.

Hailing from Morocco, yet based in New York City, Innov Gnawa has held a mesmerizing space in the world of Gnawa spiritual music, which has been deeply rooted in the Cherifian Kingdom since the 14th century. Indeed, the freed slaves of West Africa developed a religious syncretism, mixing their beliefs with the Moroccan culture. A new musical community was born from this process. Consisting of numerous invocations to the Prophet Muhammad, but also to the Christian saints, Gnawa sounds ultimately aim at reaching a state of trance. Within the gnawa groups, there is a maâlem, a master, who plays the guembri or sintir, a three-string bass that has been transformed into a kind of modern banjo. The maâlem is accompanied by a brotherhood of musicians playing karkabas and metal castanets, which symbolize the chains of slaves.

Innov Gnawa was “discovered” by producer Bosco Mann, who invited the group to record this album at the legendary Daptone House of Soul, where Amy Winehouse’s album Back to Black was made. Their album, Lila, means “the night” and echoes a traditional Gnawa ceremony where an evening of healing takes place through music. This can last for many hours, days or even weeks. The challenge of Innov Gnawa? To try to capture this special moment on record, which begins with the ganga, a huge two-headed drum that is played by the maâlem to open and close the evening ritual. It is the dialogue between the maâlem and those present that invites the audience to enter into a trance. It is composed of three parts. The first concerns “Al-A’da,” i.e. the warm-up procession consisting of drums and dances. The second refers to “Awlad Bambara,” which invokes the Gnawa ancestors. Then, the main and third part, named Mlouk, opens with the ritual “Ftuh-Al-Rahba,” calling upon the seven spirits which each symbolize different saints.

Listen to Innov Gnawa in our Songs of the Week playlist on Spotify and Deezer.

The album Lila will be released on April 30 by Daptone.