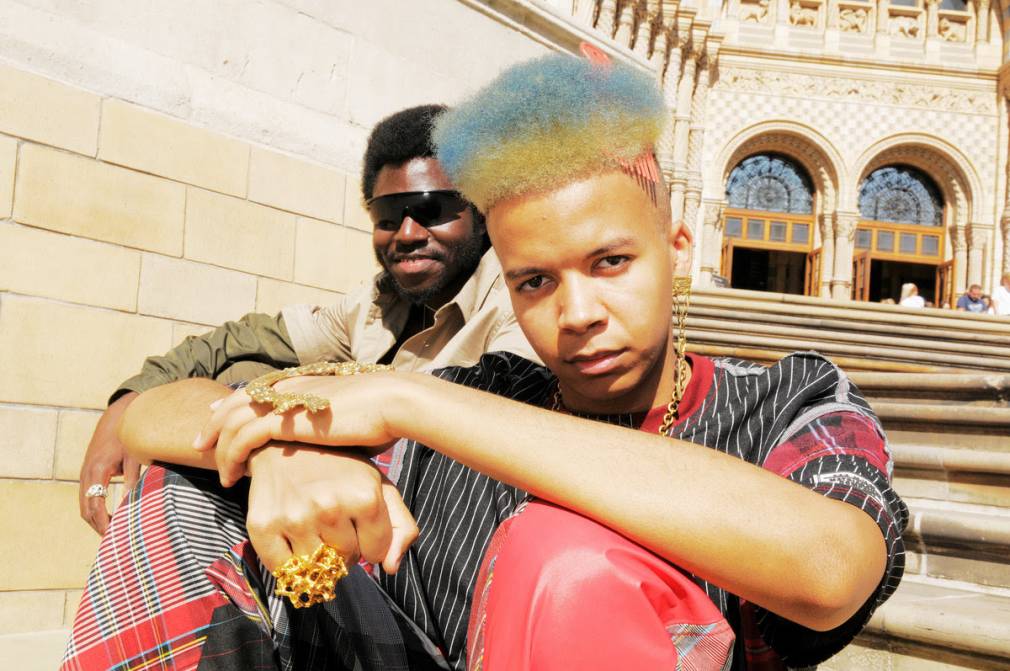 The British duo joins forces with the Ghanaian star on new single “Blow You Away (Delilah),” ahead of Blue Lab Beats’ new EP We Will Rise, to be released on April 9.

Increasingly popular in the UK, Blue Lab Beats is known for its keen sense of rhythm, whether it be via jazz or afrobeats. Formed by the multi-instrumentalist Mr DM and the producer NK-OK, the duo is beginning to make its mark. They now seem omnipresent on the radio, and also have had the opportunity to perform in concert at Glastonbury and Afropunk. These artists have opened for American artists Roy Ayers, Kiefer and Thundercat. All that, as well as remixes of tracks by Dua Lipa and Rag’n’Bone Man, as well as collaborations with the French artist Lala &ce and the Zambian singer Sampa The Great, have driven hype over their new EP, to be released on Blue Note Records (a label whose name refers to the mythical blue note in jazz and the blues.

Combining groove, jazz and funk, Blue Lab Beats is greatly inspired by the pioneers of hip-hop but also by the musical diversity of the African diasporas, mirroring today’s multicultural London. NK-OK explains: “Most of our music is instrumental, for us it makes it accessible.” He added: “We grew up listening to everything we could get our hands on, from soul, funk, jazz, afrobeat, highlife, grime. Our parents played all this music at home all the time; it’s an important part of London culture. We wanted to put this soul and this energy in our outings.”

The first single from their new EP, entitled “Blow You Away (Delilah),” is tinged by a throughline of afrobeats. In the company of the Ghetto Boy, Beésau’s trumpet and Kaidi Akinnibi’s saxophone blend with transcendental percussion. The duo says: “Ghetto Boy immediately sorted out the piece we sent him. What he did with it was pretty crazy. He added ad-libs, he changed the tone in some places, he manipulated the words to project them into a real 3D space when you listen to it through headphones.” Mr. DM adds that they were inspired by Burna Boy, and also by WizKid: “We wanted to bring that electronic Afrobeat sound in addition to the rhythms we grew up with.” The new EP will also feature Kojey Radical, saxophonist Braxton Cook and Wizkid.

Pre-order the We Will Rise EP ahead of its April 9 release via Blue Note.

Listen to Blue Lab Beats and Ghetto Boy in our One Dance playlist on Spotify and Deezer.