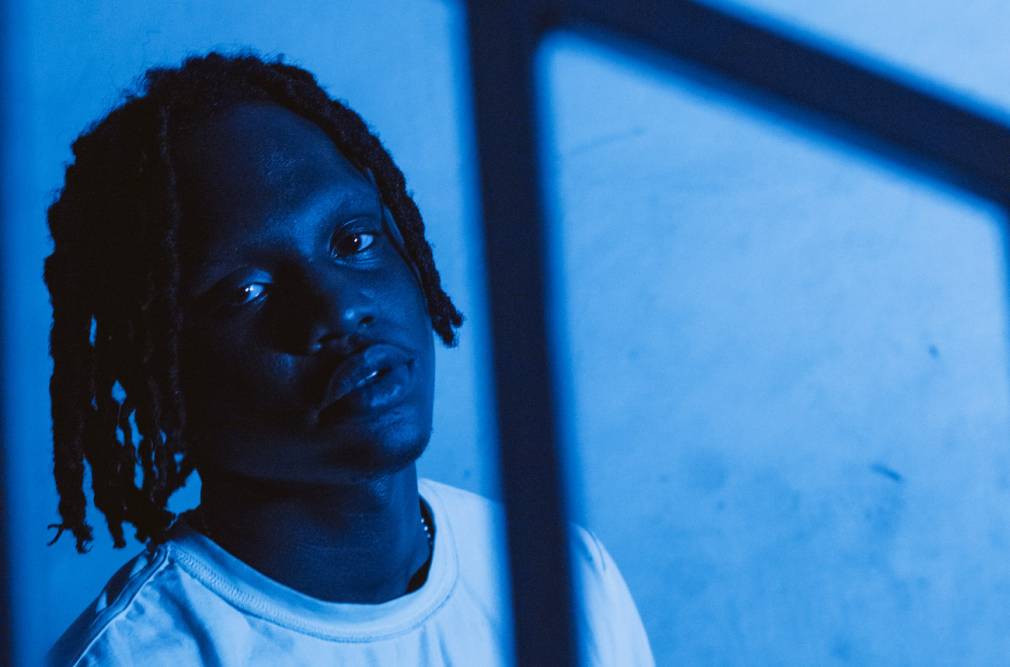 The emerging Ghana-based artist has delivered his 2nd EP, offering a glimpse into his melancholic and dreamy last few months of isolation.

Fresh off his Tiffany Calver-stamped debut EP Gangster Luv, Skillz 8Figure had to put things on pause because of the pandemic. It was during that time that his latest project, After Dark, was born. “At the time of the recording, I was feeling dark, mixed emotions,” he tells us. “I had just got out of a crazy relationship, and all my thoughts were boxed and channelled into one direction. Those were the colours I was seeing during that time, red and green. All those songs were recorded in the early morning, from like 12am to 4 or 5am”. The vulnerability of the singer and the preciousness of these late-night studio sessions are well captured. On “Sempe”, Skillz exposes his most intimate feelings, while on “Type of way”, he explores dreamy afro-fusion sounds, inspired by the deep introspection of the previous months.  “I just like to mess around with different elements and give the listeners a mood!”, he adds. “More precisely, the exact mood I’m feeling when I’m recording”.

If After Dark is an intimist project, it didn’t prevent Skillz from surrounding himself with some of the most promising acts of the region. “Like that”, for example, is a jazzy banger in collaboration with Nigeria’s star-in-the-making PsychoYP, while the bouncy “Make sense” features Oxlade. Some Accra top players are also present, like singers Twitch 4Eva and Enam. Skillz, who is of Sierra-Leonian descent, could have imagined a collaboration with an artist from his home country, but the influence of his culture is present in a different way. “Sierra Leone had a role to play in this project, because everything I’ve seen and all the places I’ve been exposed to also had a major role in playing how my music sounds, or in how I sing and pronounce certain words…”. Finally, music genres from across the Atlantic have also had an impact on the project, as Skillz always tries to “infuse rnb and hip-hop with the afrobeats”. The singer definitely makes good use of his rich influences. But where does he stand in terms of scenes, of public? “I feel like I’m just an artist all the way round. I’m versatile. I could be part of both the afrobeats scene and the alternative scene. I’m a little bit of everything”. After Dark is a good entry point for the listeners to discover the multifacets of Skillz as he gets ready to unveil even more. This EP is just a start in what looks to be a very promising year for one of Africa’s rising talents.

After Dark is available in all platforms here.

Listen to Skillz 8Figure in our One Dance playlist on Spotify and Deezer.