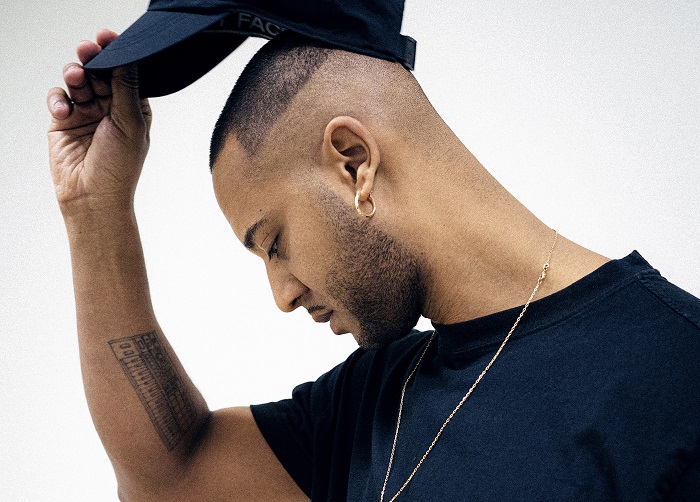 Sylvere steps up his game with boiling EP2

A few weeks after an EP1 that we still haven’t recovered from, Parisian artist Sylvere gives us a glimpse of what’s to come with his new single “Toys”, which alternates between massive dancehall and angry ragga-jungle. Interview.

In 2021, Sylvere had signed to the label Monkeytown, owned by the German bosses of hard-hitting electronic music Modeselektor. He introduced himself with the thundering basslines of his EP1, which easily reconciled rave culture with Caribbean soundsystems. The Parisian DJ and producer had no intention of stopping there and quickly fired a new 5-track salvo, announced by the release of “Twenty Four Seven”, a first single projecting Caribbean digital dancehall of the 90s into the future. He is now back at it with “Toys”, to be discovered below, introducing a new EP with ragga vibes before the release of three other dancefloor killers, set to drop on March 4th.  Among them is “Conception”, the track that seduced Modeselektor and made them realise they needed a guy like Sylvere on Monkeytown.

You signed with Monkeytown last year. How did Modeselektor approach you and what was your reaction?

It will soon be a year since the label approached me, indeed. To be honest, I owe this to a friend that Gernot, Szary (the Modeselektor team) and I have in common, who is none other than Teki Latex (ex-member of TTC). The first lockdown allowed me to refocus and work a lot on my music, something I had less time to do because I was touring before the pandemic hit. I ended up sharing some of my productions with him, just to get some feedback from him. Except that it became much more than feedback! So it was through him that my music reached Modeselektor’s ears. It took me a while to realise that the label was deeply interested in my world. All things considered, I recognized myself in the artistic approach of the label, because they like to break the codes, I also like the “we make techno but it’s not only techno” side of Modeselektor. But I would never have dared to imagine being part of the adventure, because I am above all a big fan of Modeselektor, and a big fan of what Monkeytown offers. I can’t thank Teki enough for that great assist.

Your father is from the West Indies. Can you tell us more about your roots, and how you incorporate them into your music?

Yes, I am the product of a Martinican father and a “metropolitan” French mother, both huge music lovers. During my childhood, I spent most of my summers in the West Indies with my grandmother. In fact, I’ve been as immersed in zouk and kompa as un Alain Souchon and Michel Jonasz! This is an invaluable asset for me. I think that’s how I was able to grow up listening to such a wide variety of musical styles. My music is a reflection of me, I am above all driven by club music and techno, but not only. You will notice that most of my tracks have syncopated rhythms that are typical of black music. It’s not a will, nor a battle horse, it’s just that my compositions naturally tend towards that, more than the traditional 4×4 rhythm of house and techno which I love just as much.

We hear ragga, gqom, drum’n bass… Your influences seem to be varied but centred on heavy basses, beats and soundsystem culture. Can you tell us more about what inspires you?

Since I signed to Monkeytown, I feel really free to do whatever I want to do. I’m just as keen to see my music played at the Berghain as I am at the Notting Hill Carnival, or in the bass-heavy soundsystem of a West Indies boy’s car. But the inspirations are diverse indeed. On the one hand, from the vision of the label itself, we share the same values: like the fact that there are no borders, that very specific cultures and musical languages can communicate freely with each other. I also think that, despite the heavy bass and saturation that you find in many of the label’s tracks, there is also a certain lightness in the music that it proposes, which corresponds rather well to me. I’m a techno fan, a fan of UK music (movements like grime, drum’n’bass, UK funky were born as a result of the integration of minority cultures such as Jamaican soundsystems), and I’m fascinated by these new trends like shatta from Martinique or gqom from South Africa. My inspirations come from all these, but inspiration is also everywhere! It happens when a crazy rhythm is created when I mix two tracks together during a set, when I wake up in the morning with a heady melody that comes out of nowhere, when I go for a walk on a Sunday afternoon…

Tell us about this tribute to “Rez”, techno band Underworld’s classic track. What does this band mean to you?

Underworld, and especially “Rez”, is a huge source of inspiration. It’s actually the opening track of my mix for Untitled 909 (webmedia dedicated to electronic cultures). “Rez Drums” and “Rez Drums 2” are, as you said, tributes to this track. I must have been about ten years old the first time I heard it, and I got quite a kick out of it! I’m fascinated by rave culture, from trance to acid, even if it’s not particularly what I play in my sets. You might have also noticed the nod to the acid world in the artwork of this EP series, designed by Pfadfinderei. So I wanted to reuse these sounds but in a completely different concept, hence this track in two versions that hits the dancehall beat.

We got slapped in the face with the first EP. Should we turn the other cheek when the second one arrives?

You tell me! One sure thing is that I’m looking forward to the release of this second EP. It’s probably the one I’m most proud of, I set no limits for myself and it represents me 100%. EP1, my first project, is very raw for my taste, it’s a bit like a conditioning of my musical universe in the ears of the public. EP2 is probably deeper than the first one, but still club, still danceable. I can’t wait to present these tracks in clubs and festivals, I already played some of them during my last show in Barcelona and the feedback was great! Fingers crossed that the current situation will improve.