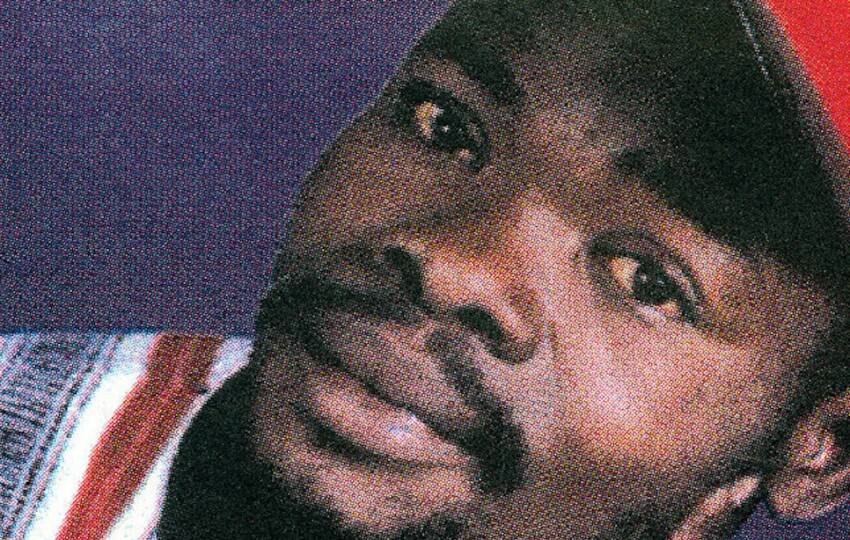 Black So Man can finally play on your turntables

After a few technical and administrative problems, Tout le Monde et Personne by Burkinabe Black So Man is finally available on vinyl. Secousse label owner Etienne Tron looks back at the history of this essential reissue.

Twenty years ago, Black So Man lost his life in a car accident, bringing his artistic rise to a premature halt. The doors of the star system had gradually opened up for him, as his four small cassettes resonated throughout West Africa. Though engraved in the memories of a whole generation, the singer has left very few physical traces of his passage. The label Secousse has decided to reissue and remaster his 1998 classic Tout le Monde et Personne for the first time on vinyl, thanks in particular to his son Ange Fela Traoré and his ex-wife Adji Sanon, to whom 50% of the profits are donated.

“In retrospect, I find the album more audacious,” says the latter. “I had the impression of rediscovering the song dedicated to me”. Secousse also offers us the rare video version of the song “Adji”, one of the album’s key tracks. “The themes he tackles and his writing inspire me to make committed songs,” continues Adji, also a singer. “The proof is that his music crosses time and eras!” Despite issues of rights, deadlines and pressing that have delayed the release, the album is now ready to be played on your turntable.

“It’s a great source of pride, because Black So Man is a major artist, and this album is an unclassifiable and unique masterpiece”, says Etienne Tron. “Its popularity is still immense, even 20 years after its release. The fans of the first hour have never let him go, and every year new generations discover his music. This project represents for me a very beautiful meeting in the person of Adji, the widow of Black So Man and the mother of his son. I had already heard of her because one of the best songs on the album is named after her. Her music is at the crossroads of many paths, it is often associated with African reggae, it is called afro pop, there is also a clear influence of Ivorian dance music, with traces of zouglou, but I also hear similarities with English street soul, and the beginnings of hip hop…”

The project can be heard here.