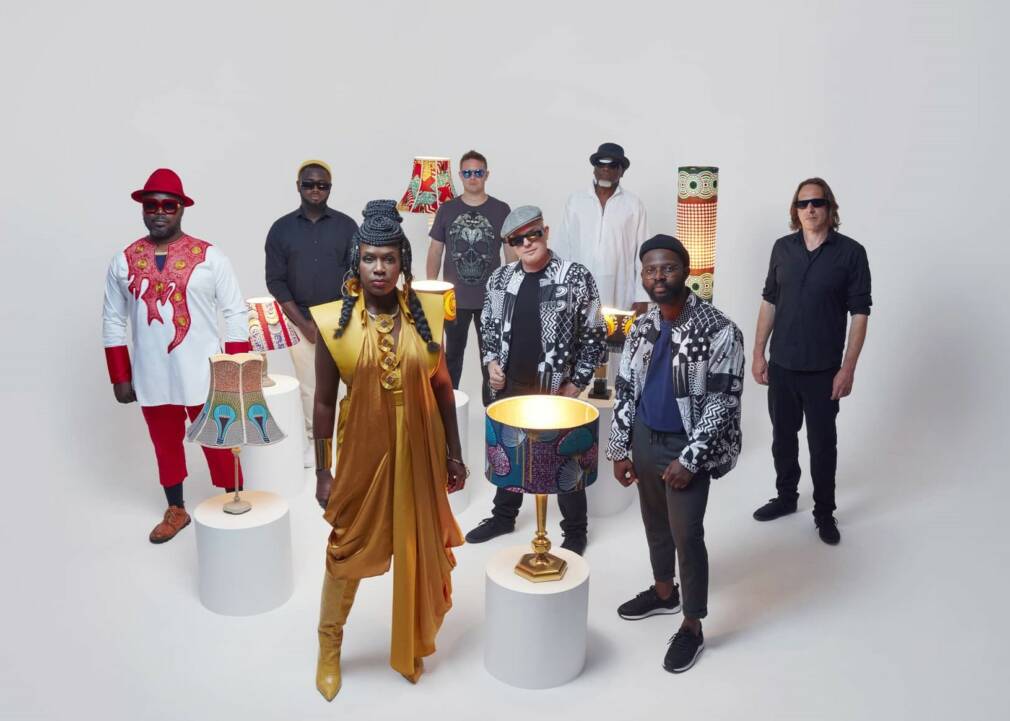 The collaboration between Ibibio Sound Machine and British band Hot Chip was born out of a shared love of artists such as Francis Bebey and Giorgio Moroder, as well as mutual admiration as the two bands regularly crossed paths at festivals. United by their love of London dance music, they naturally decided to work together on the next Ibibio Sound Machine album: Electricity, recorded and produced by Hot Chip. Following up 2019’s Doko Mien, which mixed “electro and highlife” according to Eno Williams (the band’s lead singer), the result is a surprising mix of Afro-dance and retro-futuristic synthesizers, as on the title track and “All That You Want” which has just been unveiled.

“Even in hard times, without love, there’s no electricity,” Eno Williams says. “The idea behind Electricity was to mix Afrobeat and synths in a Georgio Moroder kind of way. The final section of the song, with Alfred’s two-string Ghanaian folk guitar, was already there when we went into the studio. We enhanced it with a kick drum and the crazy percussion of Hot Chip’s Owen’s drum machine to bring that Afro-futuristic feel to the whole thing.”

Ibibio Sound Machine was founded in 2013 by Eno Williams and Max Grunhard with the ambition to combine Eno’s Nigerian born and bred Ibibio musical heritage with elements of modern electronic music. The band joined Merge Records in 2017 for the album Uyai and made their return in 2019 with Doko Mien. They will be back on the road in 2022.

Electricity by Ibibio Sound Machine, out on March 25 via Merge Records.

Listen to “All That You Want” in our Songs of the Week playlist on Spotify and Deezer.