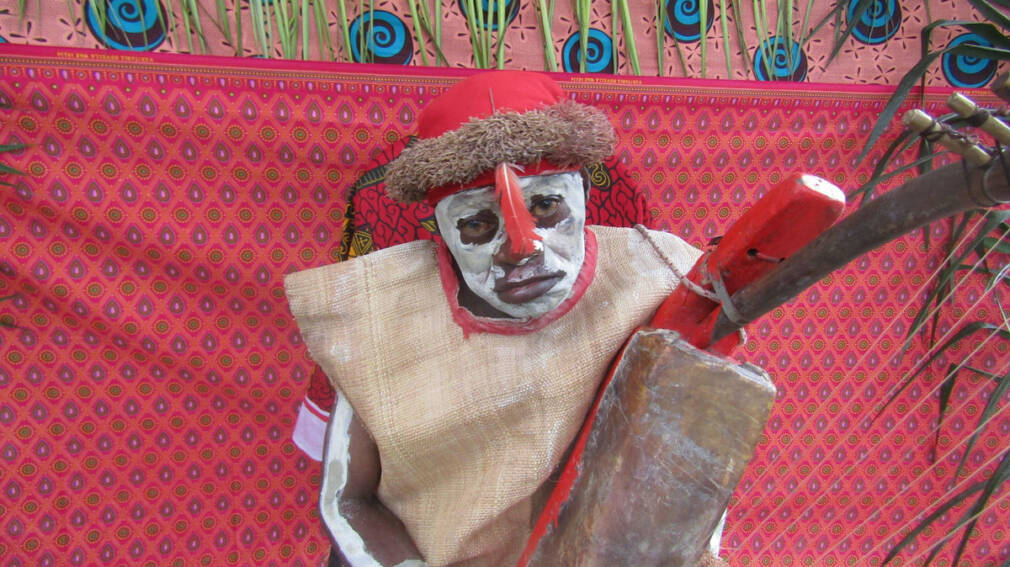 The American label is set to reissue Kadi Yombo, a monument to Gabonese “postmodernism” from the late 1980s.

The album Kadi Yombo, originally released in 1989, is a particularly successful project in the quest for a fusion between tradition and modernity. Musician Papé Nziengui presents a dialogue characteristic of ngombi harp playing with male call and response choirs, adding female cult rhythms and Tsogho ritual music, while combining the beating of rattles with synthesizer layers. The resulting ten tracks constitute a veritable initiatory itinerary, from a musician who has always defined himself as “non-initiated”, i.e. not subscribed to the rite of passage required to access the various initiatory brotherhoods (Bwiti, Mouiri, Mabandgi, etc.), whose harp aestheticizes the mysteries and musicalizes the rituals.

It is into this rich history of Gabonese musical tradition that the American label Awesome Tapes From Africa has dived into with the reissue of this album, a perfect example of “Gabonese post-modernism” (according to the label) from the late 1980s. The track “Gho Mitsaba Na Voko”, available as a single from the project, gives a clear taste of the album’s atmosphere, notably through the use of modern electric guitars and aforementioned female backing vocals.

Papé Nziengui was born around 1958 in the vicinity of Mouila (southern Gabon) to Tsogho parents. Barely out of childhood, his precocious virtuosity made him the official harp player of the village and the surrounding area, until he left for Libreville where he played in the “Bandjas” (bwitist temples). Events then accelerated, and for the National Theater as well as for the French Cultural Center or the European Union, Nziengui traveled the world, playing in international sessions and concerts, accompanying stars of the continent (Papa Wemba, Manu Dibango, Kassav’, Toups Bebey) and creating his group Bovenga.

Kadi Yombo by Papé Nziengui, a reissue out on April 8 via Awesome Tapes From Africa.

Listen to “Gho Mitsaba Na Voko” in our Songs of the Week playlist on Spotify and Deezer.