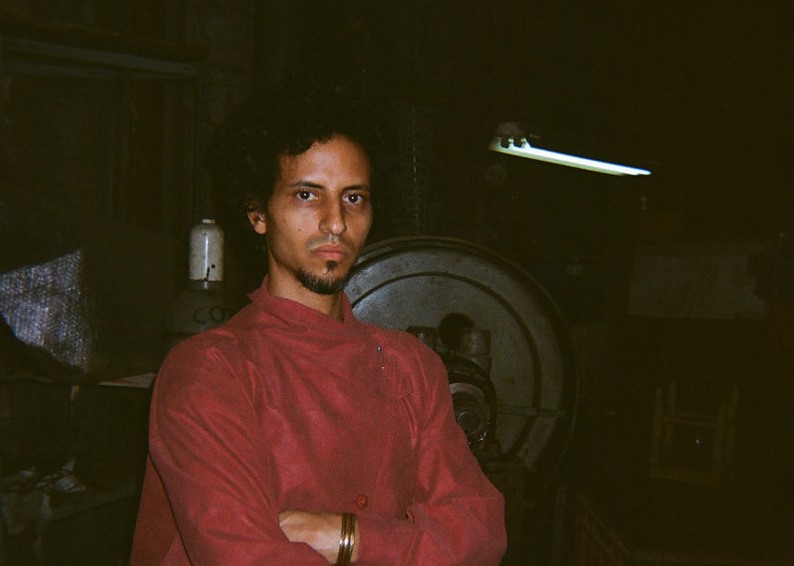 The Tel Aviv-based band is set to release a new album played on home-made instruments and inspired by a longing of their home country.

Here’s what Eyal el Wahab, El Khat’s band leader, has to say about Aalbat Alawi Op.99: “I tried to be simple in the structure. It’s a bit like pop music, where the soul is four chords and a melody. The difference is in the expression.” That sense of expression, present throughout the entire album, flows particularly well on the first single “Djaja”, where he sings “From Yemen and beyond America/ We are all together and I am alone”, looking over the shoulder to his family’s past and forward to the world.

El Wahab plays many of the instruments on this upcoming album, like the dli and the kearat that he constructed himself. A child of the Yemeni diaspora who grew up in Tel Aviv Jaffa, Israel, he talked his way into the Jerusalem Andalusian Orchestra as a cellist, self-taught from busking and unable to read music. But his world truly changed when he was given Qat, Coffee & Qambus: Raw 45s from Yemen, an LP of Yemeni traditional music from the 1960s. It came as an epiphany: he quit the orchestra, began building instruments and put together El Khat.

Aalbit Alawi Op.99 was recorded partially with these DIY made instruments, often using recycled material. Nothing is wasted: even the project’s title is pieced together with an homage to Faisal Alawi, a popular Yemeni singer who died in 2010, and the “Op.99” intended to give the compositions “the same respect as Western classical music.” Where the last album Saadia Jefferon saw the band bring a funky re-imagination to traditional Yemeni songs. This is a disc almost entirely filled with el Wahab’s own compositions, something emotional, close and personal to his origins. “I don’t have a message,” he says. “I just want to be closer to my roots, to express myself better. And the concept of using what people don’t need is vital. A tin can is so important to me. It’s not trash.”

Aalbit Alawi Op.99 by El Khat, out on March 25 via Glitterbeat Records.