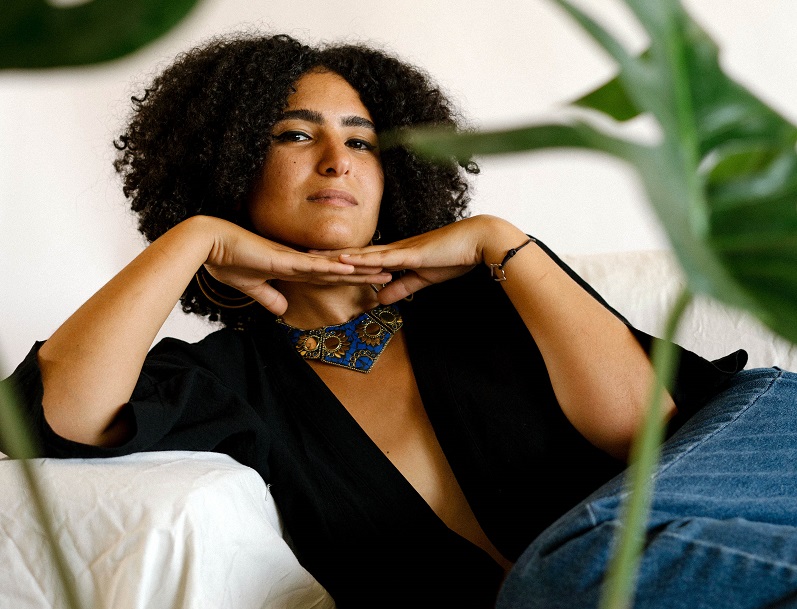 Yas Meen grew up in Cairo surrounded by local commercial pop, but also loved “listening to Fairuz, el-Sheikh Imam, Rai, and songs from old Egyptian movies, all of which rely heavily on traditional Arabic rhythms and beats.” Carrying this double musical baggage she left for New York, discovering afrobeat and cumbia on the road: “I felt like I could relate to this music in the sense that there is a specific beat associated with a specific geographical region.” In 2016, she started uploading thematic sets on Mixcloud, with the sole purpose of sharing her favorite tracks. This is how she developed a substantial sound library composed of Egyptian pop from the 80s, Arabic funk or even Gnawa music, which naturally propelled her into the world of DJing to put her cutting-edge knowledge at the service of New York clubs. “People who like to go to these events sometimes expect to see only commercial Arab music, which people living in the diaspora crave,” she says, “however, with the right set, you can still manage to introduce them to music from their region that they haven’t heard before.” As an Egyptian DJ and selectress, Yas Meen aims to bring hidden gems from her culture to her audience, with the ultimate goal of “decolonizing the club scene” and “bringing Arabic music from the Arabic-speaking region to as many clubs in NYC as possible.”
To conclude she presents her mix, as a summary of her rich personality: “One of my favorite musical cultures is also the Jamaican Sound System Culture, not only because it is incredible, but also because it introduced what we now know as the bass and breakbeats that we often hear in club culture today. This sound, rich in bass that literally moves your heart from its place, is also adopted in different parts of the world, including the Arabic speaking region. Through this mix, I try to interpret how this sound can be translated into Arabic. So you should expect to find Drum n’ Bass, Dub, Jungle, House and Techno, mixed with traditional North African music.”