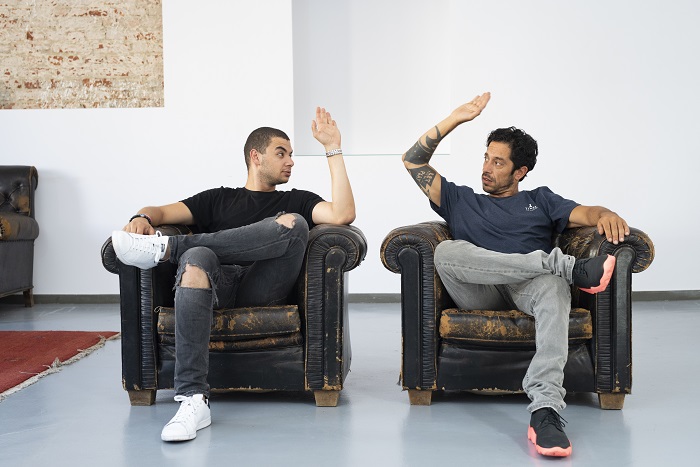 In the midst of the release of their new album, Seven Seas, the Swiss-Uruguayan duo make a stop at the PAM Club for a mix recorded while on tour.

It’s on Redolent Music, a Madrid-based label led by DJ Chus, that Sparrow & Barbossa released Seven Seas, a fresh and up-to-date house album in which Latin and African influences intertwine. As they explained in a recent interview with PAM, the duo’s mission was to “dive into the legacy of as many cultures as possible and put them together in creation of an album inspired by music from all around the globe.” The result is a concise and sunny record in which each track represents a new cultural encounter, from Idd Aziz to Mo Horizons, Dele Sosimi to Cee ElAssaad. “We honestly work on a feeling basis and we really like to work with simple people like us, ones that do things because they like what they hear, or because they feel it like we feel it,” they said, proud to underline the synergy they found with the various musicians and producers who jumped onboard. Whether via DJ sets or in the studio, the Swiss pianist Bryan Coletta (Sparrow) and the Uruguayan percussionist Emiliano Haberli (Barbossa) affirm an organic vision of music, one whose objective is to “transmit traditional sounds through electronic music, no matter its background or ethnicity.”

“This is a set we recorded with so much love at our friend Kenny Jones’ place. It was recorded in Miami in the middle of our very first real tour, full of vibes, energies, emotions of the moment. A secret garden preview of our fav selection, tailored for your maximum pleasure.”