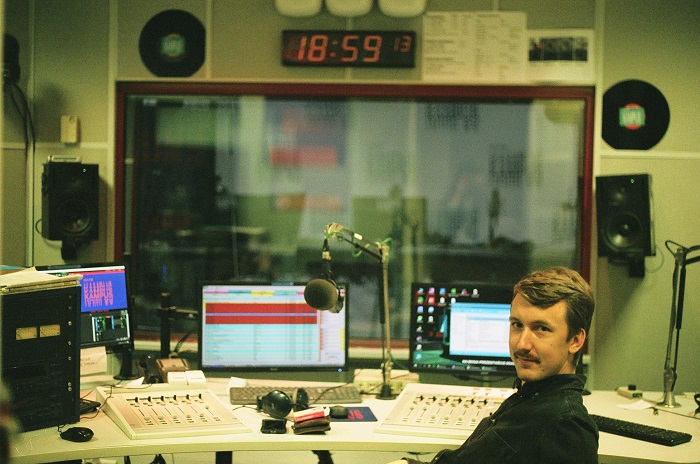 Since 2015, the label Basy Tropikalne has been acting as an anchor for Latin and African electronic music in Poland. Its founder, Mikołaj Kierski, sat down for an interview with PAM on his visit to our Sound System Radio Show.

Just reading the line-up of Lua Preta‘s latest remix EP – Ghanaian Gafacci, Frenchman Kaval and Chilean DJ Raff – it’s clear that the humble Polish label is becoming an essential platform for Afro-Latin electronic music in Europe. Formed in 2015 with compilations entitled Latin America, the Basy Tropikalne label releases quality music in spurts and with an open mind. From Vudufa’s Afro-Peruvian bass to Mario Swagga and DJ Silila’s Tanzanian singeli, via the alternative RnB released by the Cypriot Stefficrown and DJ Doraemon and Lua Preta’s batida,  Basy Tropikalne (which literally means “tropical bass”) is importing a global sound that is still not widely available in his country, broadcast it every week on Radio Kampus, Warsaw. We invited Mikołaj Kierski for a guest mix following a PAM Sound System DJ set that is 100% dedicated to his label. Read the interview below.

How did you decide to start a netlabel in 2015? What was the stimulus?

Basy Tropikalne initially started as a weekly radio show and in the beginning I was focusing only on Latin American electronic music. When I started getting myself into the scene I quickly noticed that there are quite many compilations presenting various Latin American artists. After some time I had this idea (or rather a dream) to prepare such a release on my own and maybe start operating as a netlabel as well. I think it was a bold move back then, I wasn’t aware at all how this stuff works but I simply started sending many messages to the artists whose songs I had already played in my radio show and to my utter surprise some of them started confirming that they would deliver a track for the album.

How is the afro and latin electronic scene in Poland?

Well, I’d say not much is happening, you can’t compare it to Germany, France or the UK. The main reason behind this is that we simply don’t have a big African or Latin American diaspora here which I guess always is a starting point to develop a scene like that. But you can definitely see a trend that more and more people are interested in this sound – for sure there are more people playing such music in clubs right now than back then when Basy Tropikalne started. And of course we have Lua Preta here – an act that is already established in Europe, they’re based in Poland and play quite a lot around the country.

You are also an ambassador of batida music through your DJ sets, releases and radio shows. Can we imagine more releases like Lua Preta or DJ Doraemon in the next future?

For sure! I have a couple of releases coming up and none of them actually are connected to that sound but definitely in the future it will happen. I guess we can expect another DJ Doraemon release in some time and also it’s a safe bet to assume that more of Lua Preta will appear in the Basy Tropikalne catalogue over the years since we’ve been working very closely for almost four years now.

You also released singeli, RnB or afro-peruvian music on your label ! What is your own definition of “tropical bass” and what are the conditions to be part of your catalog?

That’s a good question. In general, I’m interested in electronic/club music from Latin America, Africa and their diasporas – but that’s a really broad term and such music can take many different forms so I’m open to hear what people got. The only thing that I’m trying to be careful about is that I’d rather want the artists to actually come from the aforementioned regions or be the descendants of people from there.

Discover the label’s releases on Bandcamp.