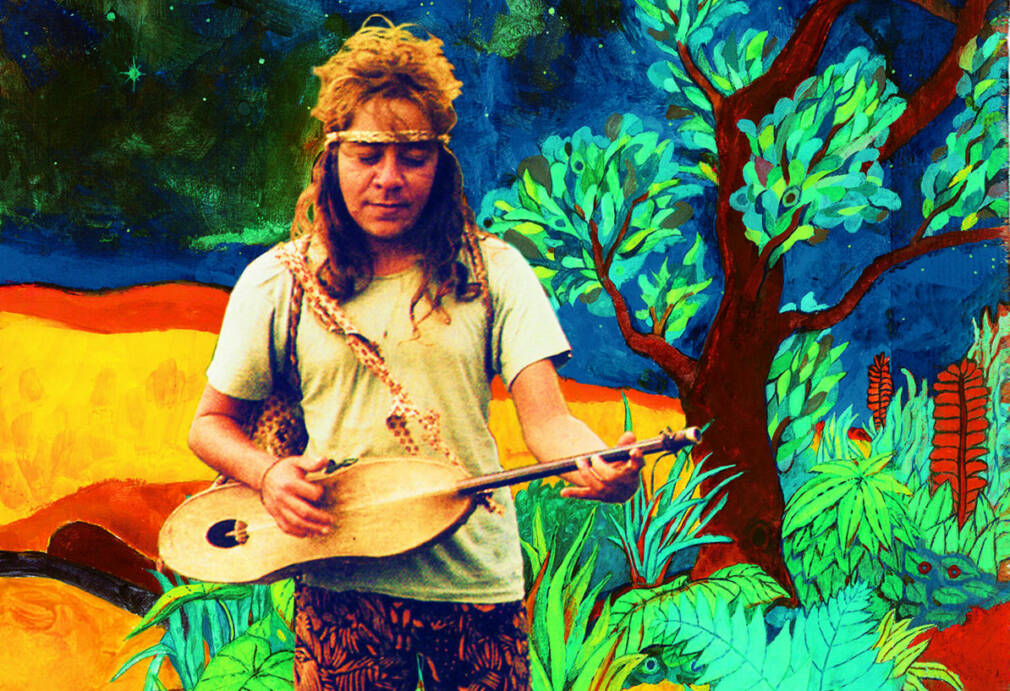 This summer the boss of the Heavenly Sweetness label shares some of the treasures of his record collection with us. Today, let’s dig some gems from the Reunion Island.

Hello all, following trips to Africa and the French West Indies, it’s high time to go for a ride in the Indian Ocean to an island with a rich musical heritage: La Reunion.

The first album from the militant singer spearheading the revival of maloya music, a Creole form of rhythm and song from Reunion Island. Maloya was forbidden for a long time on the island and almost disappeared. Known as “Indian Ocean Blues,” this music cuts to the heart of the culture, a phenomenon encapsulated by this album. Danyel Waro‘s voice dialogues with mixed choirs on a strong percussive foundation and the result allows Waro to shine a light on the traditional music of the Island, both in France and internationally. The lyrics for this debut record were partly written in detention when Waro spent twenty-two months in prison after refusing military service. It was an experience that strengthened his resolve and reinforced his militancy.

A parallel can be drawn here between maloya and another Creole rhythmic form, also militant and ancestral, the Gwo ka of Guadeloupe.

A renewed interest in Creole music, whether from the Caribbean or the Indian Ocean, has led to the release of several very interesting compilations. In the case of Reunion Island, there are two that came out simultaneously in 2016, Oté Maloya made by La basse tropicale on our friends label, Strut, and this compilation released by Bongo Joe, an outfit run by some other friends out of switzerland. I chose this compilation specifically because it contains one of my favourite maloya tracks, the excellent “Maloya ton tisane,” by Michou. This is a track that Blundetto introduced to me years ago and that I was lucky enough to find on a 7 inch. The interesting thing about these compilations is that they feature 45 rpm tracks, which are sometimes difficult to find.

The advantage of being a vinyl enthusiast is that you often meet other collectors who are just as passionate about vinyl as you are, people with whom you can share your passion and discoveries. It was Karl Hungus, a DJ and Digger living on the island, who showed me this record a few years ago, before its price exploded like many other vinyls from the “tropics.”

The islands of the Indian Ocean have always been a place of exchange and fusion for cultures from Africa, the Middle East and Asia. The same is true for music and the musician Ti Fock sought to modernise maloya by incorporating electronic, rock and even reggae elements. On this album a group of 11 musicians present a digital and ultra danceable version of maloya music, echoing the modernization of African music from the likes of Touré Kunda and Sunny Ade. Have a listen to the catchy “Lo dé.”

This week, the guests are the “new kids on the block,” presented by Heavenly Sweetness: Bonbon Vodou. The duo, composed of Oriane Lacaille (daughter of René Lacaille, a legend of Reunion music) and the singer JereM, play a refreshing mix of “chansons française” and Creole music. Oriane shared her thoughts on Alain Peters, a great musician and one I also wanted to tell you about. But, as a gentleman, I gave her priority ;-):

“His songs are a subtle blend of Creole poetry and playfulness, beautiful heady melodies and the very special rhythms of sega and maloya. There is an intimacy and universality in his music that has touched me deeply since I was a child. I love the melancholy that runs through his work, which is why I have chosen to recommend “Mangé pou le cœur,” a beautiful representation of all that I have just described here.”

Enjoy and see you next week for the last one!