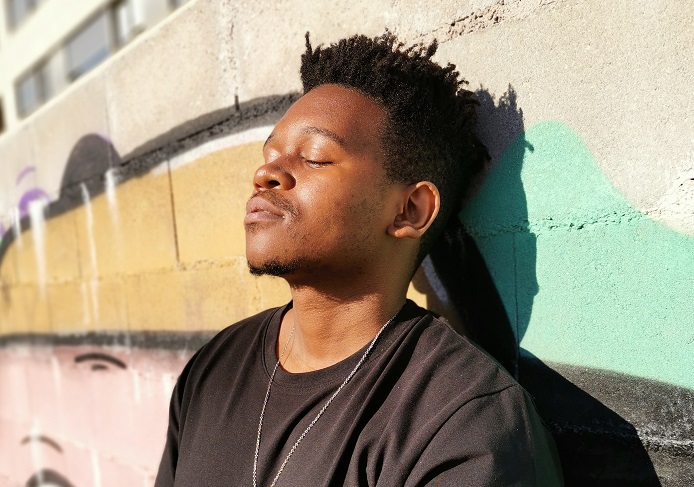 The South African producer Bun Xapa is set to unveil his debut album in which the spirit of the elders connects with the effluence of Afro-house. Discover “Sinikeli” below.

Since slipping into the Afro-house game back in 2018, Bun Xapa has distinguished himself with a timeless style whereby dancefloor vibes are at one with spirituality. It was a soundscape that caught the attention of DJ Satelite, who took him under his wing through releasing a handful of EPs on his label Seres Produções. Bun Xapa sat down with us for an interview at the beginning of the year during an autobiographical DJ set in which he introduced his first works. The young DJ and producer, who hails from the province of the Free State in South Africa, has already come a long way and is on the brink of the release of his first album. Entitled Amasukwini, the LP marks a tribute to his ancestral clan, a tribe considered extremely tough, fierce and fearless, like a “dog ready to pounce on a piece of meat.”

Bun Xapa celebrates his inherited warrior traits in a powerful, cerebral and spiritual album nevertheless rooted firmly in the modern world. He finds the right balance between raw and organic, dance and meditation, surrounding himself with producers and vocalists who “showcase the combination of different styles of Afro House on the album, so I wanted guys who are in the Afro house field, but who have their own style.” K.O.D, BlackPearlz, Warren Deep, Kaygo Soul and ZIDDO are featured, the latter being an artist that we recently discovered on the same label. He also unites with the singer Lundiswa Plaatjies on “Sinikeli,” a track he describes as the “cry of a nation that wants back its land, customs and tradition of their ancestors.” With one foot in the past and both eyes on the future, the album makes many references to his forefathers with tracks like “Dance of the Lost Tribe,” “Elephant People,” “Mama Afrika” and “Return of the Sage.” “These songs are African folk music,” he says. “So I try to compose them into electronic dance music to celebrate my tradition, culture and ancestors.” For example, “Return of the Sage” is sampled from a known Xhosa folk song, “Uzawguga Akunamolokazana,” an old woman who sings to her son in warning that he will grow old without a bride.

The album will be available August 6 via Traxsource and August 20 on all platforms.