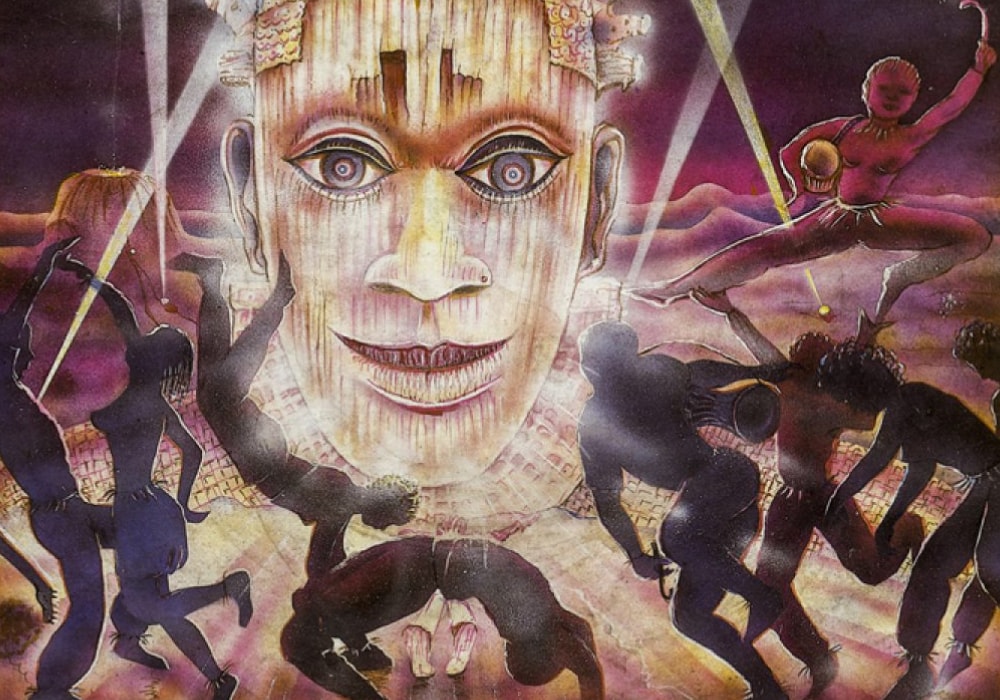 Thanks to BBE, juju music finds its way out of the Yoruba’s circle with the reissue of an enigmatic album of Ojo Balingo.

Popularise by King Sunny Adé in the 80s, juju (or jùjú) saw the light of day in the 20s, through Nigerian South-West clubs, with the concerts of Tunde King — one of the first to record this genre. Tabansi released in 1985 this album with an ambiguous title, « Afrotunes – Best of Juju Vol. II – Oba Mimo Olorun Ayo ». Even if it was stamped as “Various Artists”, the album is made of two long pieces of height tracks split and played by the same musicians.

As this long jam goes by, we heard the main ingredients of juju, a genre built to be played live. The album blends traditions with avant-garde, between Yoruba percussions and funky grooves, psychedelic rock effects and political texts that resounds with tamas.

Read next: 5 Nigerian classic albums of the 80s