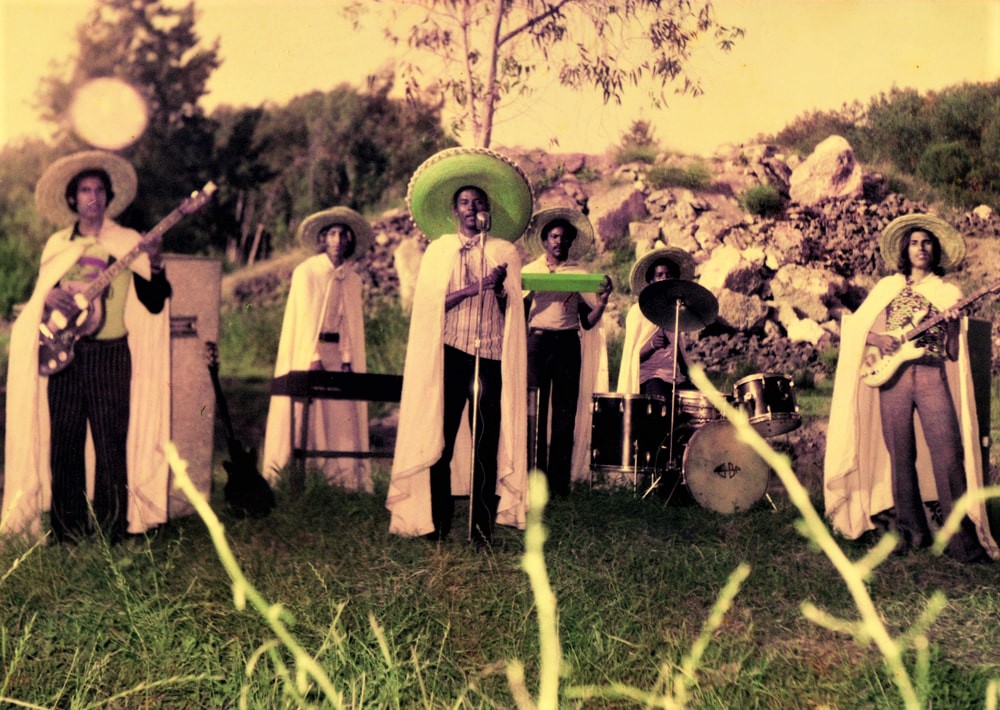 German record label Habibi Funk had access to the legendary Boussiphone studios to exhume some hidden treasures, thanks to their Belgian friends from Radio Martiko. Among their findings, a 1973 unreleased album, Al Hadaoui. Habibi Funk went on a journey of digging in order to learn more about the leader of the band, Abdelakabir Faradjallah, and the enigmatic reasons why it never got released.

Faradjallah was originally a cinema poster painter. He started writing music to share his alternative interpretation of gnawa culture, a music genre that comes from the descendants of black Subsaharian slaves. He formed the band Attarazat Addahabia in 1968, with 13 of his family members. On this timeless album, female choirs, rock energy and funky home-made guitars convey the transe-inducing, spiritual feeling of this otherwordly gnawa.

Al Hadaoui, out on July 12th on Habibi Funk. Pre-order it on Bandcamp. 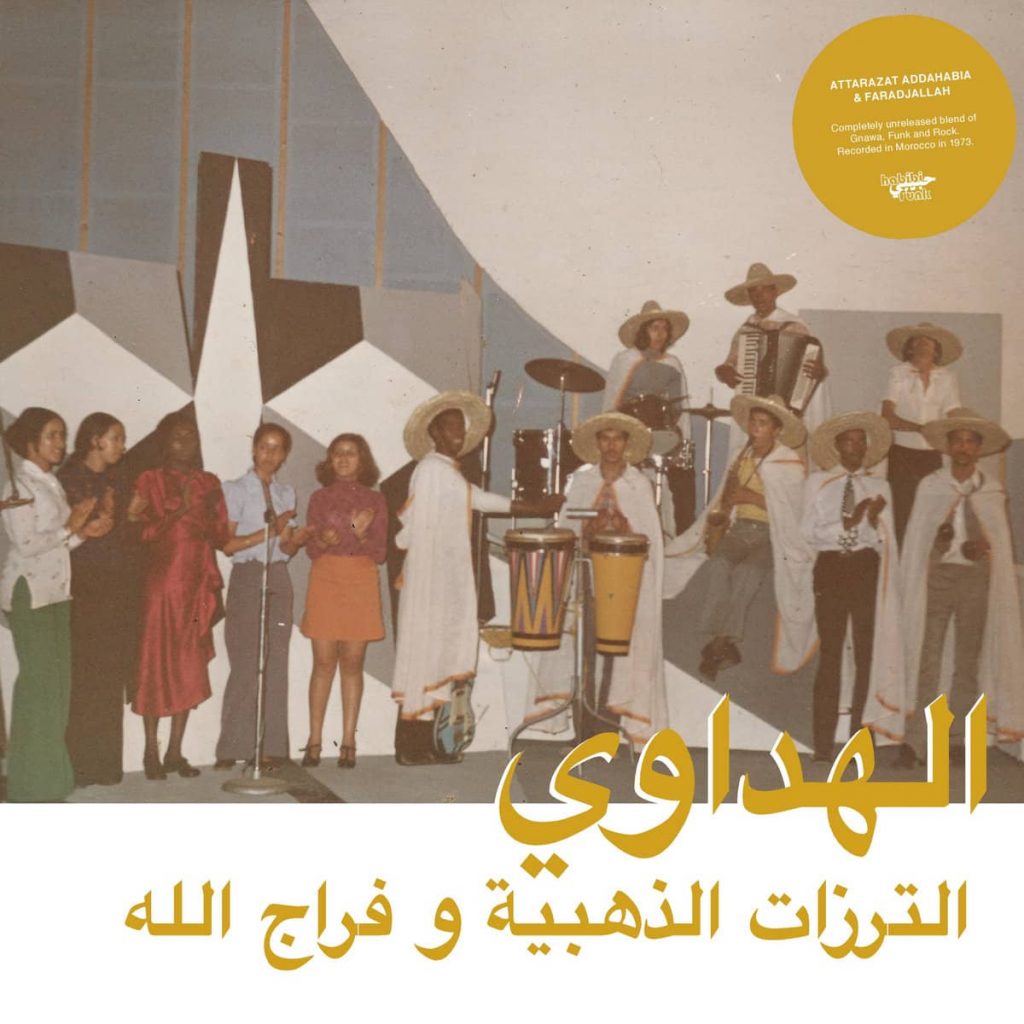