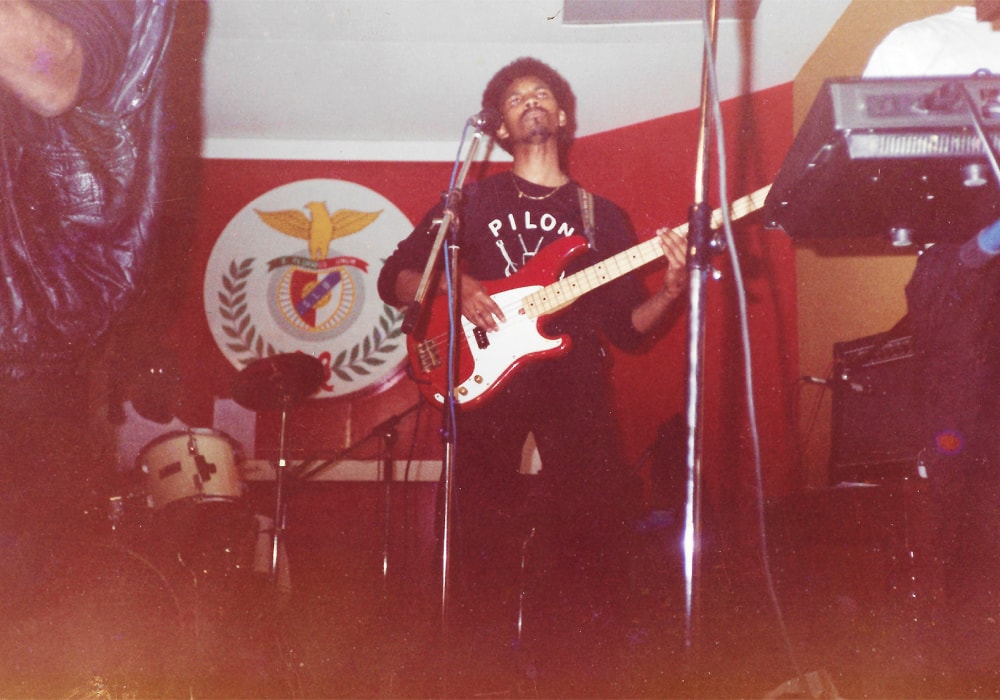 Following Two Niles To Sing A Melody: The Violins and Synths of Sudan, the Grammy-nominated record label is releasing a new compilation featuring the music of Luxembourg-based Cape Verdean band Pilon.

Since 2016 and his first release, Ostinato’s founder Vik Sohonie has relentlessly been digging up forgotten music of Haiti, Somalia, Sudan and – as in the upcoming compilation – Cape Verde.

Grupo Pilon: Leite Quente Funaná de Cabo Verde follows Ostinato’s Synthesize the Soul, a compilation of electronic music during 1973 – 1988.  A period where the archipelago musicians incorporated electronic instruments into the local production, in a blend that gave birth to Cape Verde’s own version of electronic music, echoing the euphoria of a newly-gained freedom.

Grupo Pilon represents the second generation of  musicians who contributed to one of the most lush periods of cultural innovation by immigrants in Europe. In Luxembourg, in 1986, a group of teenagers formed the largely unknown (outside of Cape Verdean circles) but consistently brilliant band named after the blunt instrument used in the islands to pound corn for Cabo Verde’s national dish, cachupa.

Grupo Pilon: Leite Quente Funaná de Cabo Verde, out on June 14. You can pre-order it on Bandcamp now.