The visuals embody the energy of Kadilida, aka. MC Card Reader’s flow, one of the only underground female singeli MCs.

The clip echoes the frenetic energy of the music, born in the working class suburbs of Dar Es Salaam. The whole video is a dynamic close-up of the artist delivering her frantic flow, while dansers and motorcycles appear periodically on the dark background.

Kadilida is one of  the only underground female singeli MCs alongside MC Memoree Cad. Both are close collaborators of Jay Mitta’s Sisso Studios, to which the Sounds of Sisso compilation paid tribute to.

Nyege Nyege will be touring Europe this summer, catch these East African talents in their nearest gig.

Listen to Jay Mitta and other singeli and Nyege Nyege artists in our Afro Club Exp. playlist on Spotify and Deezer. 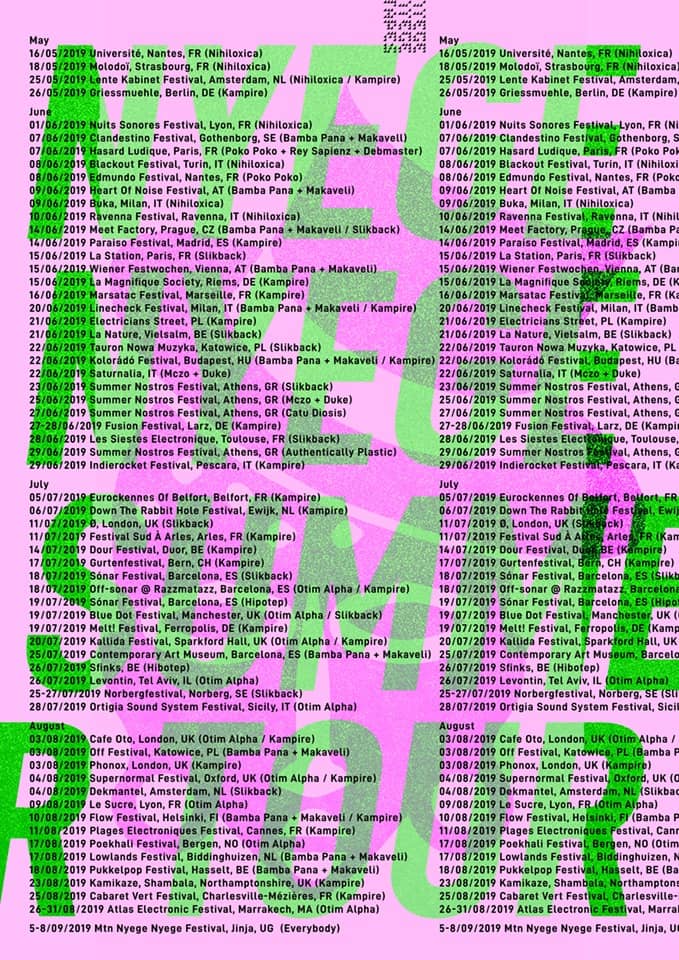