Released on Spades Record in 1982, Modiehi was recorded by legendary South African producer, saxophonist and songwriter West Nkosi, who was a member of the super group Mahlathini & The Mahotella Queens. The South African band, Marumo was made up of John Mothopeng, Munich Sibiya, Simon Falatsi and Marks Mbuthuma.

Modiehi brings together a wide range of genres from sotho soul to Mbaqanga, disco-funk, gospel and spacey-synth slow jams. Mr Bongo re-released for the first time this album which they discovered thanks to DJ Okapi on the blog “Afrosynth”, which testifies to the vestiges of South Africa’s past of the 80s and early 90s.

Discover the cover artwork below and order the album here. 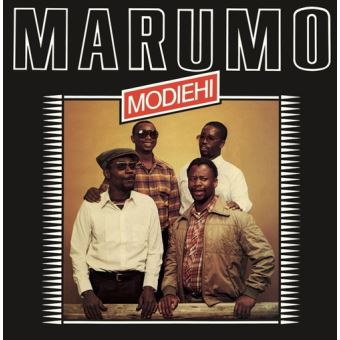