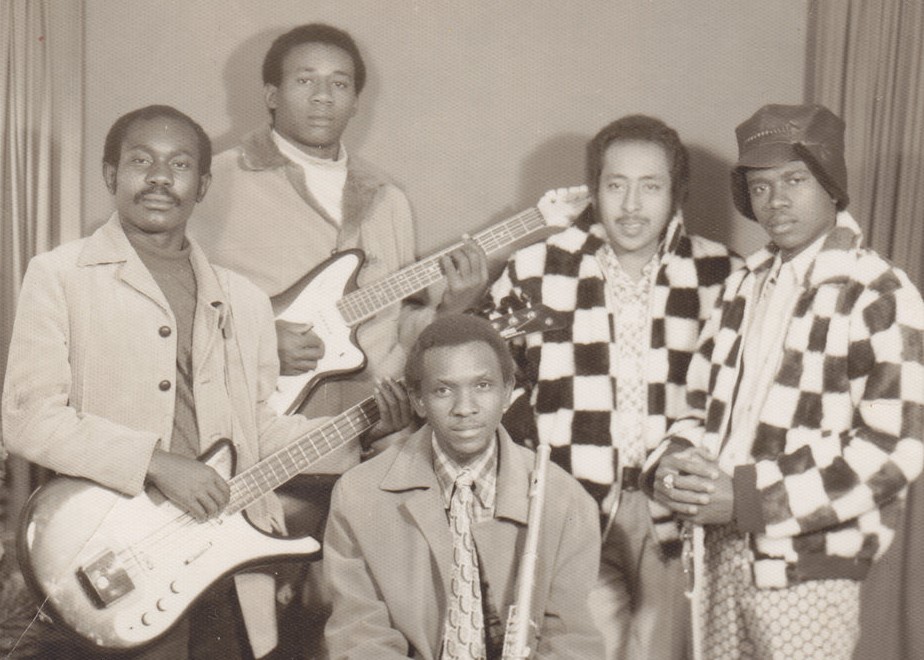 One of the most sought after Sudanese jazz funk record.

Release in 1980, Scorpions & Saif Abu Bakr’s Jazz, Jazz, Jazz will get a new release in November thanks to Habibi Funk.

Jazz Jazz Jazz is described by Habibi Funk founder Jannis Stuertz as ranging from “instrumental tracks awaking memories of 1970s crime thriller soundtracks to more Sudanese-rooted tracks, a lot of them modernised versions of traditional tribal rhythms and even an excursion into Soukouss.”

Jazz, Jazz, Jazz includes full liner notes by Stuertz, as well as a band history and interview with the group.