James BKS neatly mirrors Idris’ story mix of movies and music. James is a French artist whose family hails from Cameroon. After living in the US for several years he started as a hip hop producer (for the likes of Diddy, Talib Kweli and French rapper Booba) before moving back to Paris to start his own “Maison Créative” called Grown Kid. Grown Kid as composed music for Yves Saint-Laurent, Prada and Giorgio Armani commercials as well as movies scores from French movies like La Taularde (starring Sophie Marceau)
and Le Gang Des Antillais.

Raised in France, James never felt very connected to his Cameroonian roots. But then, by coincidence during a work meeting he met his biological father; legendary Afro-jazz saxophonist Manu Dibango (creator of one of the most famous and funkiest African records of all time “Soul Makossa” used as the blueprint for Michael Jackson’s
“Wanna Be Startin’ Something”).

Through these new connections he synthesized his own unique blend of rap, pop and African music leading to his new single “Kwele”. The Kwele are an ethnic group from Gabon, Republic of Congo and Cameroon famed for their ceremonial masks, which are revered as art objects. The discovery of a Kwele mask is the jump off point for the narrative of the music video, shot on location in Libreville, Gabon. The song features
Manu as well as Canadian rapper Allan Kingdom. It brings a complex Afro-influenced polyrhythm into a pop-rap song to addictive results.

Listen to James BKS in our ‘afro + electro’ playlist on Spotify and Deezer. 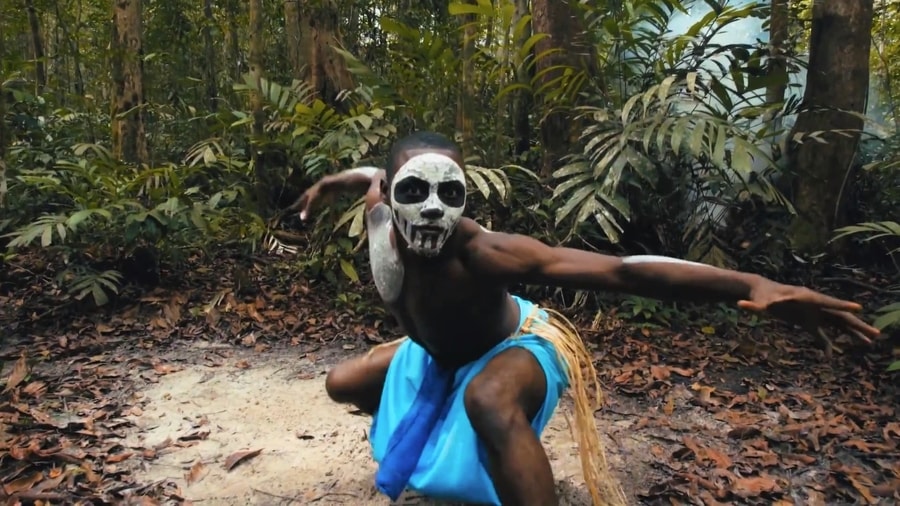