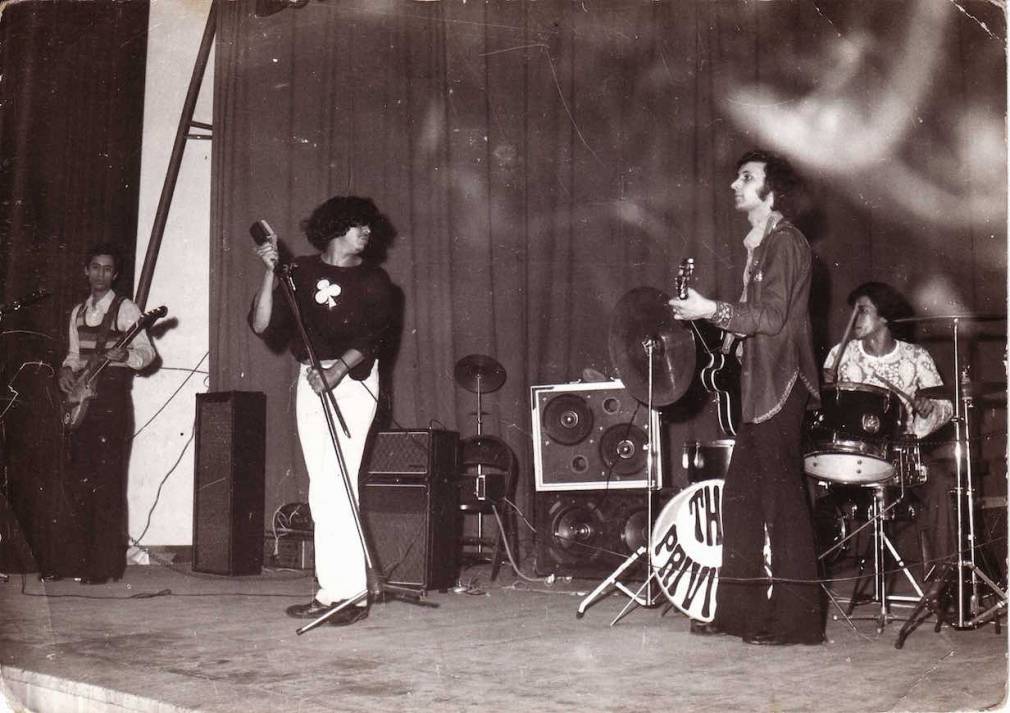 Habibi Funk's new compilation, between the Maghreb and the Mashreq

The Habibi Funk label, based in Berlin and entirely dedicated to the music of the Arabic-speaking worlds, continues its journey from Morocco to Lebanon with the second part of their compilation series, An Eclectic Selection of Music From The Arab World, the first part of which was released in 2017.

Habibi Funk presents a new compilation bringing together thirteen of the label’s much-loved tracks, while insisting that the record does not make for “a historic reflection of popular music of the “Arab world.” The label explains that: “the majority of the music on this compilation does not come from the highly famous names of the musical spectrum of North Africa and the Middle East. Instead, the final body compiled for this record consists of some – at least for us – nichey pearls and often overlooked artists.” The Algerian Ahmed Malek, a great composer of melancholic soundtracks, is featured on the album cover, photographed in an ice cream bar during his stay in Japan, a country that profoundly influenced his compositions: “The photo we chose for this cover somehow could be seen as an allegory of the sounds we feature on the label.”

Fadoul is also present, the Moroccan James Brown, as well as the Algerians Zohra and Aït Meslayene, who compose from exile in Kabyle. Regarding Sal Davis, the label defines his approach as a “musical union between Kenya and Oman.” More famous artists are also present on the project, such as the Egyptian and Libyan producer of Arab pop Hamid Al Shaeri, whose track “Reet” is already available. He is known for having taken a stand during the Arab Spring against Muammar Gaddafi, then president of Libya. Ibrahim Hesnawi also makes an appearance, whom the label defines as “the father of reggae music in Libya.” The overwhelming majority of the tracks on this compilation are licensed to the artist or their family, in case of death. Habibi Funk also insists on the importance of not reproducing “exploitative economic patterns” as “a European label dealing with non-western artists.” As such, all profits will be shared equally with the artists.

Pre-order An Eclectic Selection of Music From The Arab World, Part 2 before August 1, via Habibi Funk.

Check out Hamid El Shaeri in our Songs of the Week playlist on Spotify and Deezer.