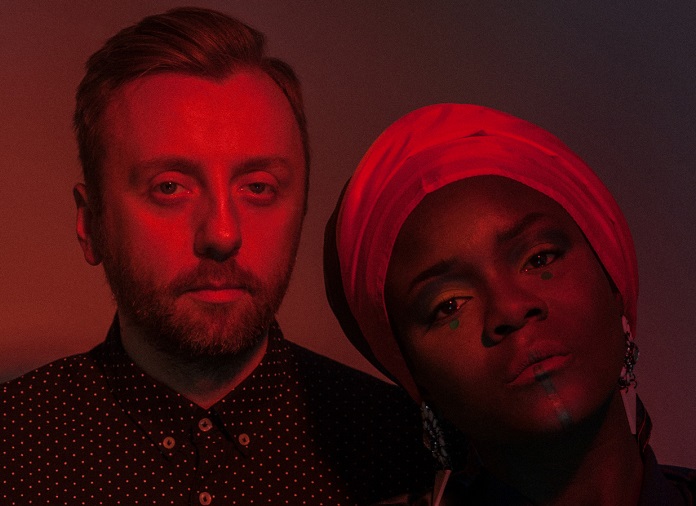 Since the 2017 release of their Emoções Coloridas EP, Lua Preta has established itself as a reference point on the Global Bass scene. In the space of a handful of singles, the Angolan vocalist and MC Ms Gia and Polish DJ and producer Mentalcut have developed their modern blend of Afro and electronic music, notably catching the attention of Branko, who remixed their track “Noemia” on his landmark compilation Enchufada Na Zona vol.2. Released in September 2020, Diaspora was a mini-album that showed the world their ability to marry electronic and lusophone music such as batida or kuduro. In the wake of their short but intense recent single “Panakanema,” which testifies to their rise to power, they are unveiling five revisited versions of tracks from Diaspora on the Polish label Basy Tropikalne.

To kick things off, the American Tony Quattro takes “Drena” and elevates it to a club banger. Next up is the Ghanaian DJ and producer Gafacci, who puts his signature spin on “Ao Som Dos Homens,” adding a beat listeners will recognise. The Italian artist Lamento injects an Afro house feel into  “Sente Batida”, while the French artist Kaval adds percussion and bird song to the soulful “RTE”. For this preview, dive into the Chilean DJ Raff who tackles “Baile Lotus,” the flagship track from the album. Through playing with flutes, he constructs a beautiful, midtempo electro-cumbia version that echoes the magic of his recent releases.

The EP will be available from June 4, pre-order it on Bandcamp.