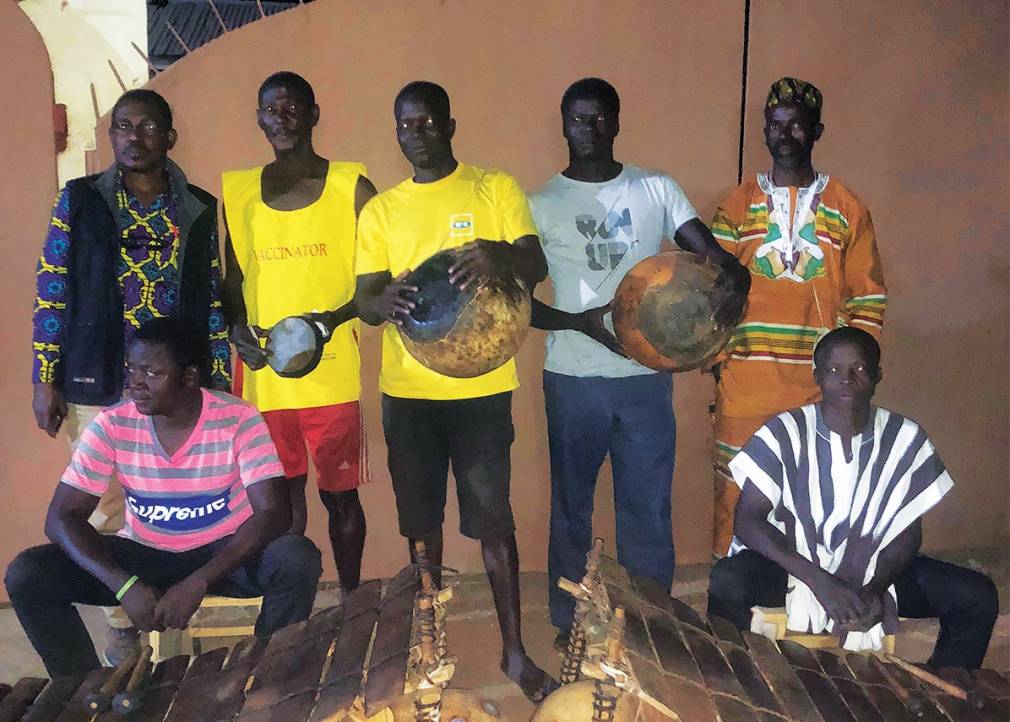 The Dagar Gyil Ensemble Of Lawra adds to the musical heritage of Ghana with a release made up of field recording and acoustic techno.

In 2019, Hisham Mayet collected field recordings in the Upper West region of Ghana. It was a task that aimed at enhancing the traditional music lobi through a local xylophone, named gyil, in this case played by one of the experts of the instrument, Aaron Bebe Sukura.

These artists open up lengthy trance experiences, notably made possible by acoustic instruments that form a minimalist orchestra with grandiose sound capability. This symphony perfectly embodies the essence of animism through a true cultural and multidimensional dialogue between dancers, the deceased, spirits, the musicians and their audience.

Techno music is also featured in an almost totally acoustic way through instruments made of wood, leather and calabashes, filled with spider egg bags, to promote resonance. This unique setting is uniquely captured by the photographs of the recording session, which accompany the limited edition of the record.

Gyil Music of Ghana’s Upper West Region will be released on May 14 via Sublime Frequencies.