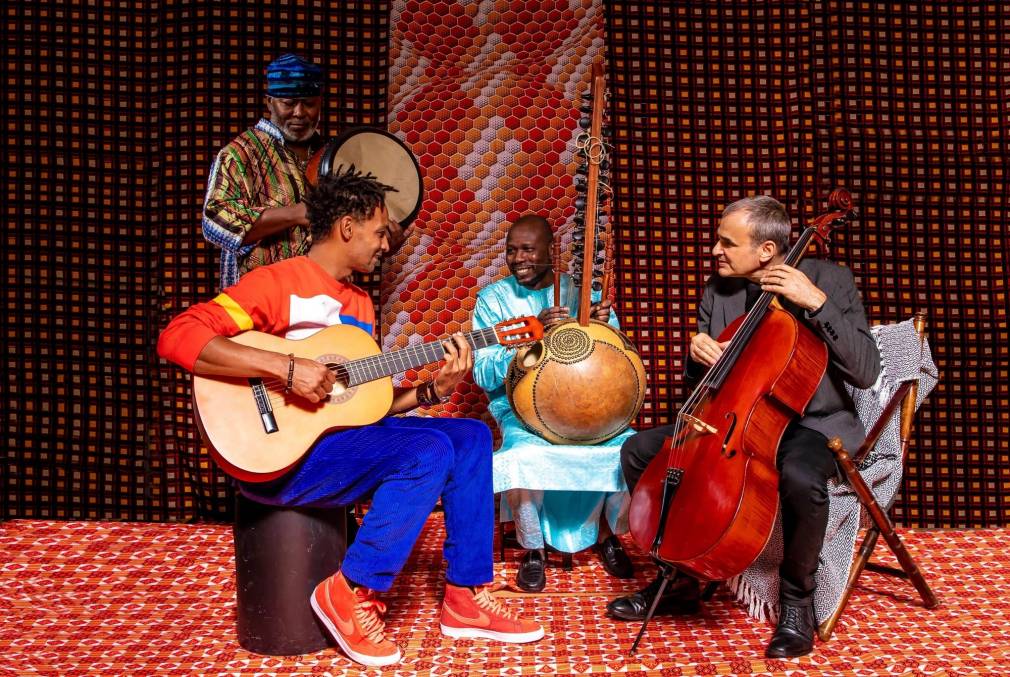 The singer and guitarist has asked different producers to transform his latest album into a festive new EP. Déni Shain opens proceedings with his reinterpretation of “Papa Kossa.”

David Walters, from France and the Antilles, took full advantage of the lockdown to work on his album Nocturne, composed alone while playing classical guitar before Vincent Ségal joined on cello, Ballaké Sissoko on the kora and Roger Raspail on percussion. This provided a kind of escapism for David Walters within a difficult context.

He explains: “Fela Kuti said ‘music is a weapon’ and it is true that music is a weapon that shoots towards the future and as long as we, artists, we can express ourselves, we can use music as a lever to free ourselves.” He adds: “It’s very hard right now, as there are no concerts, it’s complicated because it’s almost an attack on freedom of expression. Artists can no longer express themselves and we know the weight that artists can have… It is a word that is important and that we miss at this time.” The title of the album refers to the “melancholy” of classical music, particularly Chopin’s Nocturnes.

Now, lockdown seems normal and with summer approaching,  David Walters allows Nocturne, his disenchanted album, to be converted into an explosive, joyful and electronic cocktail. The artist asked his favorite producers to remix a new EP, like Deni Shain, who is currently in residence at Studio Debs in Point-à-Pitre, Guadeloupe. He had already remixed “Mama” from the album Soleil kréyol, released last year. In remixing “Papa Kossa,” a tribute to Manu Dibango, the creator of Atangana Records preserves the musicality of the kora and the cello, while shaking up the track’s DNA, rendered deeply groove-driven thanks to the addition of Deni’s frantic beat and Jean-François Andy’s percussion.

Scheduled for release in July on Heavenly Sweetness, the EP will also feature remixes by Voilaaa, Synapson, Folamour, Batida and Henrik Schwarz.