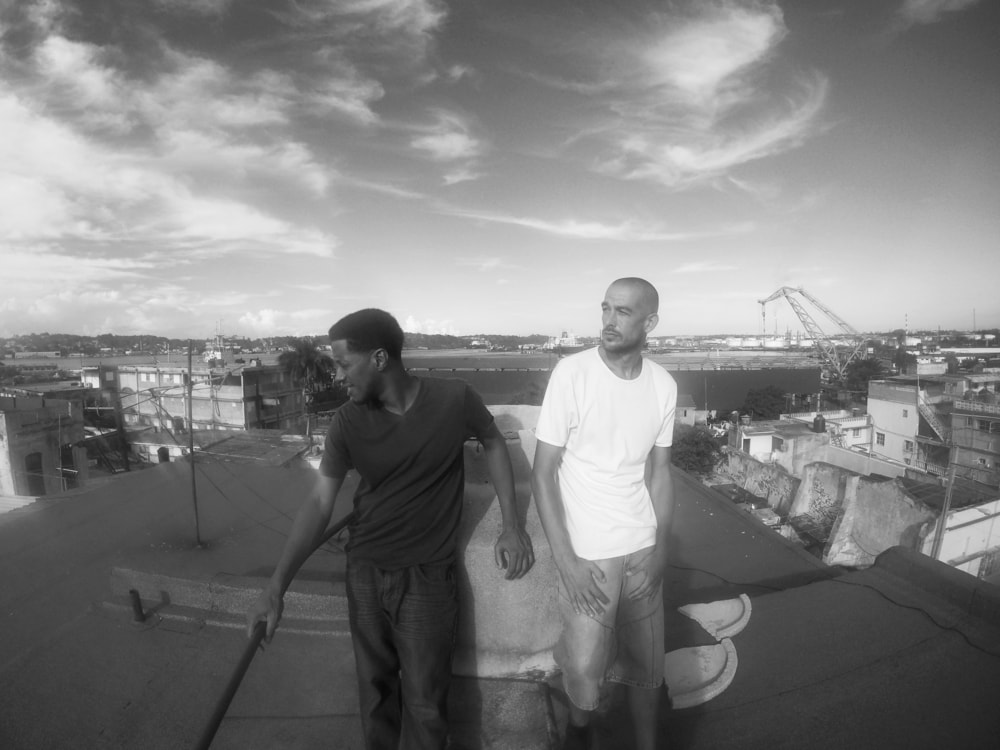 On this Caribbean island that is Cuba, El Tipo is a pioneer of Hip Hop. The founder of Obsesion group with he has committed three albums, traveled Europe, Latin America, United States. He has invested the mythical scene Apollo Theater of Harlem, shared the stage with The Roots, Common or Kanye West, integrated the Gilles Peterson’s band for the Havana Culture Tour.

In the world of beatmaking, Al Quets (originally known as Quetzal) is a figure. An instrumental designer who cut, loop, program, cadence, compose. A name marked by 5 albums and collaborations with Onra, Guts, La Fine Equipe ou Milk Coffee and Sugar.

Between the French beat maker and the cuban MC, there’s thousand of kilometers but a desire to connect so strongly that no force could have prevented the meeting.

So, rather than exchanging digital files , Al Quetz preferred swallowing on the same frequencies.

Together they drew on all the musical currents of the island and around, absorbed Afro-Cuban sounds, added the freedom of jazz, the metronome of hip hop grooves, smoking riddims and heavy bass of the Jamaican neighboor.

Then, Al Quetz invited musicians to bring a definitive touch. To come and join him in the studio to take full puffs of his productions and blow that gives La Revanche De La Manana the flavor of 70s recording. Trombone, piano, flute, guitare and bass has injected their inimitable sound, give to the beats and samples and other taste, hot, moist like hot wave day in La Havana.

A rhyme to improve, an arrangement to refine, an investment to adjust to the times : it’s with the spirit of a creative duo that Al Quetz and El Tips Este have designed and realized La Revancha de La Manana. A total immersion, to live together for one year, to think music and creation continuously, to wander in the city to breathe the air of creativity.

In the costume of a jazz singer or with the sounds systems MC tank top frowning or laughing tone, El Tipo Este has multiplied variations at the microphone rap, singing and spoken words. Like so many artists, voluble or precise, flexible or rigorous, but all able to inhabit each other of their turn these chronicles of local life, these snapshots of cuban streets, these social rhymes.

The label Heavenly Sweetness breaks the bottle of champagne on Pure Vida Sounds, his sub-division of which Guts (Paradise For All, Hip Hop After All, Eternal…) will ensure the artistic direction. Will unearth artists, release compilations, bring back to life unjustly forgotten albums, reissue records become rare because never repressed.