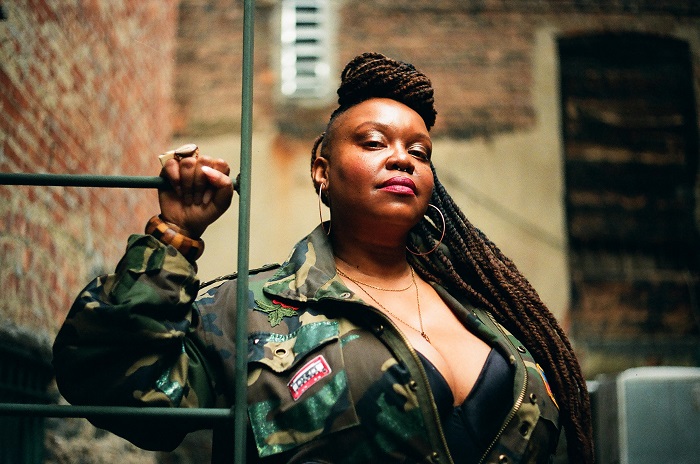 In New York City, Sabine Blaizin serves her community like no one else. The resident DJ for many parties and curator of events for several organizations, her goal is to promote cultural exchange with the island of Haiti, where she finds her roots. She is blessed with a 360° outlook and it makes her celebrations of the African Diaspora that much more intriguing, playing at the intersection  between traditional rhythms and electronic music. This solid ambassador also touches on house, soul, Latin music and Afrobeat, absorbing them like a sponge and returning them to the dance floor with the addition of a spiritual touch. On this particular single – the fifth on her label Oya Sound – she joins forces with Okai Musik, the MC and self-taught percussionist who was tapping buckets with knives from the age of 5.

This specialist of Cuban and Haitian rhythms brings even more warmth to “Mind, Body & Soul” which, to come full circle, also welcomes the Haitian singer and multi-instrumentalist Paul Beaubrun. Son of Theodore “Lòlò” and Mimerose “Manzè” Beaubrun from the group Boukman Eksperyans, Paul sings a story of a man hypnotized by a woman who captures his mind, body and soul in an instant love at first sight. From their alliance, the three musicians have generated a soulful afro house that propels Oyasound to the top table for anticipated projects to come this year.

The single will be released on February 5, order it here.