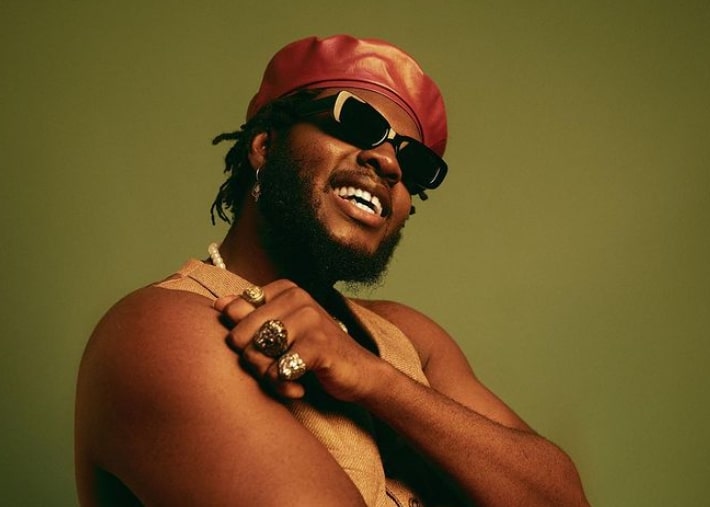 The singer has already released at least 3 other projects, yet this one feels like a debut. Under the banner of afro-dancehall, Yung L sends newly mastered vibrations, from Lagos to Kingston to London.

“A yaadman is a confident man. A man that knows himself, a man that has no limit, no fears in his mind. Ready to embrace his true nature”. And the nature has indeed been embraced on Yung L’s new project. On tracks like “Yaadman”, “Operator”, “Womanizer”, “Rasta” you can feel the swagger and the confidence of an accomplished man, who has finally found himself. In 2017, Yung L had released “Better Late Than Never” (BLTN), a debut album in which the Nigerian singer switched from afropop to dancehall to azonto between every track. Three years later, the energy has changed: this time, the project is compact and unapologetic. Rather than exploiting a large range of genres, Yung L has successfully blended his different influences on every track, and has succeeded in finding an identifiable sonic signature. “BLTN was my first album so I was very much excited to just put out the first body of work,” he tells PAM over the phone. “But now that I have grown and had true experiences, listening to more precise and intentional music. I have nothing to prove, really. I’m having the best time of my life making music. I finally just found myself 100%, I make one with the music. This is why I always say “Yaadman is half man”: half man half spirit”.

Other spirits have visited the creative process of “Yaadman KingSize”: the ones of Fela Kuti and Bob Marley. “Rasta” is a perfect example of the parallel Yung L sees between both icons: singing next to Seun Kuti, the artist mentions Kalakuta in this reggae-leaning song, preaching Rastafari lifestyle. “If you nail down the core of my music, it is afro-dancehall. And if you think about the two biggest artists of both genres, it’s Fela and Bob. Both of them, their lifestyle and what they represent, them being one with the music, influenced me as an artist,” he explains. But these two influences are organic to the singer’s history: “In J Town where I grew up, Jos in Northern Nigeria, we all played a lot of reggae/dancehall. There is a culture, a whole community of that in Jos. You see men with dreads, they are on the radio, they speak Patois, they tell you about the culture…”. In addition to paying tribute his Jos-Rastafarian Nigerian-Jamaican heritage, our Yaadman has also invited UK based artist Tiggs Da Author and the one and only Wizkid, who helped promote the project with the highly successful remix of “Eve Bounce”.

“Yaadman KingSize” is a chill, light and irresistibly relaxing project. But afro-dancehall, just like its different roots, is also a fight music. This is a principle Yung L has applied on a track like “Police & Thieves”, where behind the sweet melody of the song, fierce critics about Nigerian police are being put out. “It’s crazy that we’re in 2021 and we are not safe in our country,” he sighs. “You drive down on the road, you meet the police and you’re not sure if they are for you or against you. Especially me: I have dreads, so I am kind of a target, they see me like a scammer or a bad influence. We’re still against SARS, you know the whole story, End SARS, End Police Brutality”. Sure, Yung L’s music sends a “One Love” message, but the singer has not forgotten the words of a wise man: music is the weapon of the future.

The album is available on all streaming platforms.

Listen to Yung L in our Songs of the Week playlist on Spotify et Deezer.

Ruger is switching things up
Interview