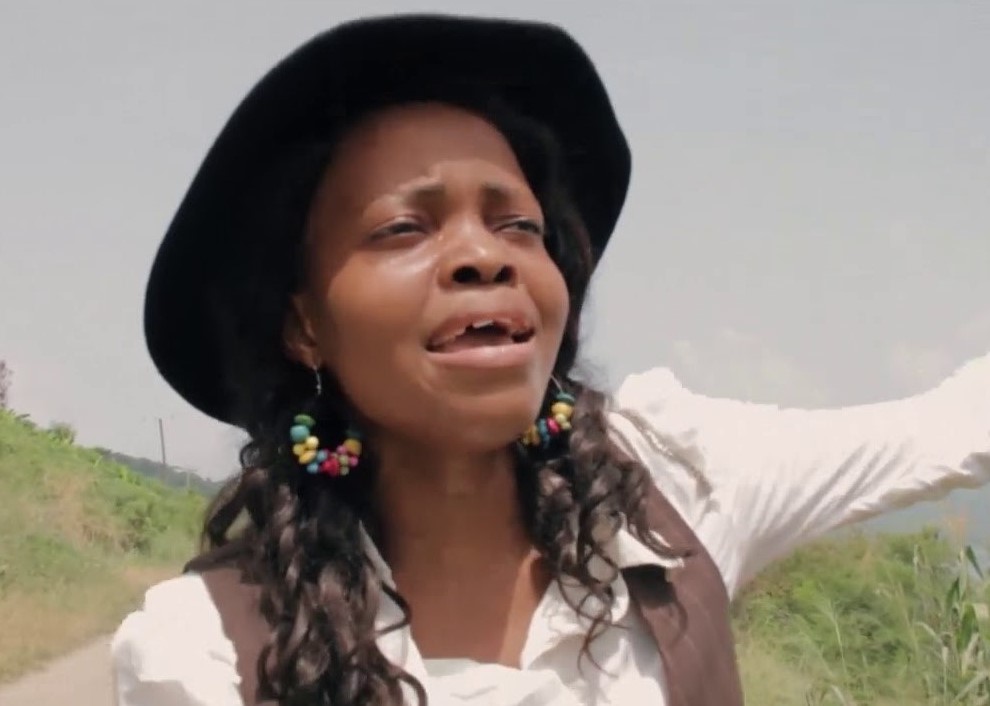 Former member of Guy One’s band and chorister for Alogte Oho and its Sounds of Joy, Florence Adooni has unveiled a two-track solo EP which transports us to the savannahs of northern Ghana where the frafra-gospel genre has developed.

It is from the northern regions of Ghana, where the Frafra people transmit their music on church pews surrounded by goats and sheep, that Florence Adooni sings her praises on a very personal frafra groove. Percussion, polyrhythm, synthesizers, delicate brass and psychedelic funk guitar give tempo and mood to these two tracks. Add a gospel voice and you’re in heaven.

Since being a part of Guy One’s band (a kologo hero), the singer has already shared a good deal of music from her personal history, notably with the Berlin label Philophon which has acted as a real springboard for international recognition. Florence Adooni’s interstellar voice is the one you might have heard on the radio hit “Estre” with Guy One or on Alogte Oho’s Sounds of Joy’s album Mam Yinne Wa, a frafra-gospel with distant echoes of reggae across the Atlantic. Notably, Jimi Tenor also chose her for his modern classic “Vocalize My Luv.” In addition to all these contributions, Florence has released a series of albums locally under her own name and it is for all these reasons that she can undoubtedly be called the queen of Frafra-Gospel.

“Mam Pe’ela Su’ure” is a typical frafra-gospel hymn sung during Sunday services, supported here by Kumasi’s best high-life players, who turn the song into a huge groove wave. “Naba Aferda” is a tribute to the chief of Zuarungu, Florence’s birthplace, which was also the birthplace of the legendary Christy Azuma, who became the first international Frafra-Star in the 1970s. Christy has always been a great inspiration to Florence and makes her proud to come from such a small village with such a decidedly talented population.

The EP will be released on March 12 via Philophon Records. Preorder it here.