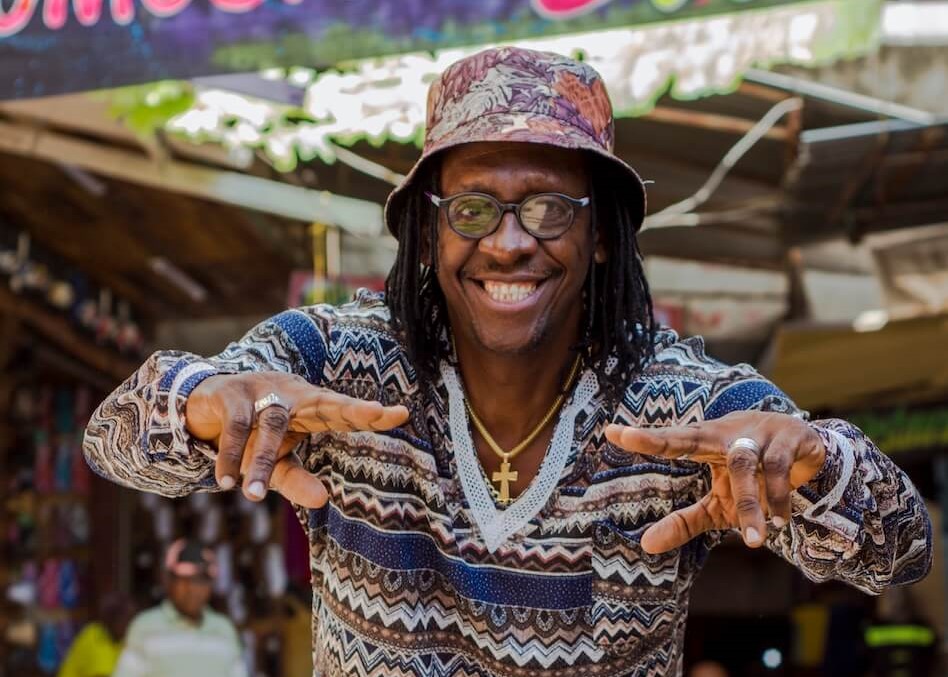 Village Cuts has organised a transatlantic meeting between Africa and the Caribbean through the prism of London club culture. This DJ/producer duo, formed in 2018, is setting the dancefloor alight in promotion of new global underground sounds such as champeta, a genre belonging to the folklore of Afro-Colombian music. They are keen to pull it into the modern world, and have partnered with one of its legends, Louis Towers, to do so. The aim was to showcase the talents of the Black Atlantic to a European audience, especially via champeta, a genre from the Afro-Colombian communities of the Caribbean coast, which is experiencing something of a boom right now.

For their debut on Galletas Calientes Records, the duo have dropped a double-title 45 with Colombian champeta legend Louis Towers (“el único papa rasta”) and British virtuoso guitarist Patrick McMahon aka Mahon Sounds. The first track, released in December, has an 80s Congolese electro-soukous style, while “Vengo Ganao” is based on Towers’ Afro-Colombian vocals and transports us to a sunny beach in Barranquilla, where a Caribbean sound system sets the mood.

Although they’ve never before set foot in the promised land of champeta, the duo have managed to feel their way into the genre their use of West African rhythms called “despeluques” (translation: frenzy) and an unprecedented use of one of the most distinguished samples of the Yamaha SK5, the “perreo” – that famous synthesised barking sound typical of Afro-Caribbean music. But beyond its specific characteristics, champeta remains a philosophy first and foremost, one that links Colombia to Africa and shows us the strength of a coastal Africanism that has become a real cultural and musical reference.

The track is available on all streaming platforms and the double-title will be released on 45-rpm vinyl in January via Galletas Calientes Records.

Listen to Village Cuts, Louis Towers and Mahon Sounds in our Songs of the Week playlist on Spotify and Deezer.