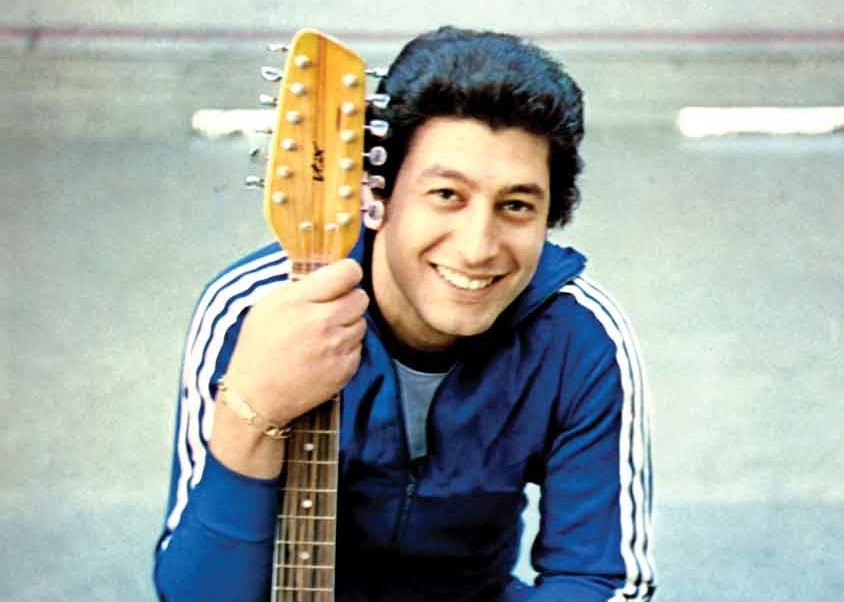 The WeWantSounds label re-releases the cult vinyl album With Love by Egyptian guitarist Omar Khorshid and it has lost none of its magic.

Get reacquainted with the vintage sounds of the famous electric guitar “twang” and rediscover the Arab music of outstanding guitarist Omar Khorshid’s time. His 1978 album was initially recorded on the “Voice of Lebanon” label and now the French label WeWantSounds – under the watchful eye of Mario Choueiry of the Institut du Monde Arabe in Paris – has breathed new life into what is now a cult instrumental showcase. -Somewhere between Arabic melodies and modern arrangements including the sound of the very first synthesizers, the unique sound of Omar Khorshid’s guitar set a shining example for the fusing of tradition and modernity.

Remastered and displayed in its original sleeve, the album has lost none of its splendour and for good reason: Omar Khorshid is one of the greatest guitarists in the Arab world, having accompanied the greatest stars of his time such as Oum Kalthoum, Abdel Halim Hafez and Farid El Atrache. The musician, born in Cairo in 1945, studied music from an early age and took his first steps in the Egyptian pop group Les Petits Chats in 1966. Omar played with them for several years until the great Egyptian singer Abdel Halim Hafez noticed his talent in concert. When he saw Khorshid, Hafez recruited him on the spot for his own band. Then began the guitarist’s rise and prestigious collaborations with, among others, the Egyptian diva Oum Khalthoum.

Following the political unrest in Egypt in the early 1970s, Khorshid decided to move to Lebanon in 1973 and began recording under his own name for several Beirut labels. In 1977, Egyptian President Anwar El-Sadat invited him to perform at the White House for a celebration of the Camp David peace treaty between Egypt and Israel. In 1978, he moved again – to Syria this time – for about a year before returning to Egypt in order to concentrate on his concerts and his budding film career. Unfortunately, Khorshid’s rise to fame was interrupted when he died tragically in a motorbike accident in May 1981 at the age of 36. The album With Love, therefore, corresponds to his Lebanese period and features electric guitar versions of classics such as “Ahwak,” by Mohamed Abdel Wahab, “Hebbina Hebbina,” by Farid El-Atrache and “Rahbaniyat,” by the Rahbani brothers. The work constitutes a radioactive blast in the middle of a desert loaded with synthesizers and electricity, still very sought after by DJs and collectors of Arab music.

The re-release will be available on February 26 via the label WeWantSounds.