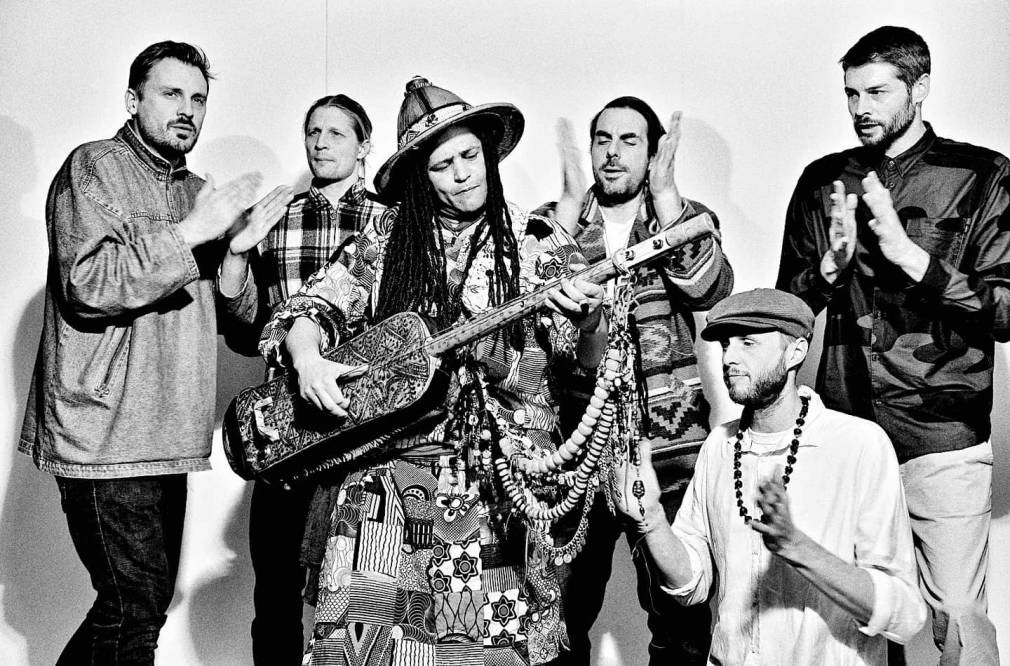 On their forthcoming album El Hal / The Feeling, the British six-piece band explores the sensory effects of Gnawa music.

“El Hal” in Arabic means “feeling,” more precisely the feeling that comes when you play music and leads you to forget where you are. Electric Jalaba feels this indefinable sensation when they play Gnawa. Bassist and producer Olly Keen describes it as follows: “The feeling of being grabbed by the music and lost in the groove.” This sensation is even stronger for singer and guembri player Simo Lagnawi, for whom Arabic is his native language. Today he is one of the leading practitioners of Gnawa music in Britain.

This third album marks Electric Jalaba’s great comeback, returning from a five-year absence. More united than ever, the group unspools its magic on nine improvised tracks, its multiple facets combine on a groovy, psychedelic repertoire in Arabic, injecting small doses of the remnants of West African dialects – Bambara from Mali, Fulani and Hausa from the Sahel region – in homage to the age-old nomadism of these desert populations.

Among the tracks “Cubaili Ba” stands out, as well as the Senegalese mbalax rhythms of “Agia Hausa” or the two-pronged ode to Allah and the maâlem Mahmoud Guinea, from which the title “Daimla” is drawn. This sensation that the music gives them is both a form of withdrawal from themselves and a collective attachment that binds them more than ever, like the people of Morocco, but from a London studio.

Listen to Electric Jalaba in our Songs of the Week playlist on Spotify and Deezer.