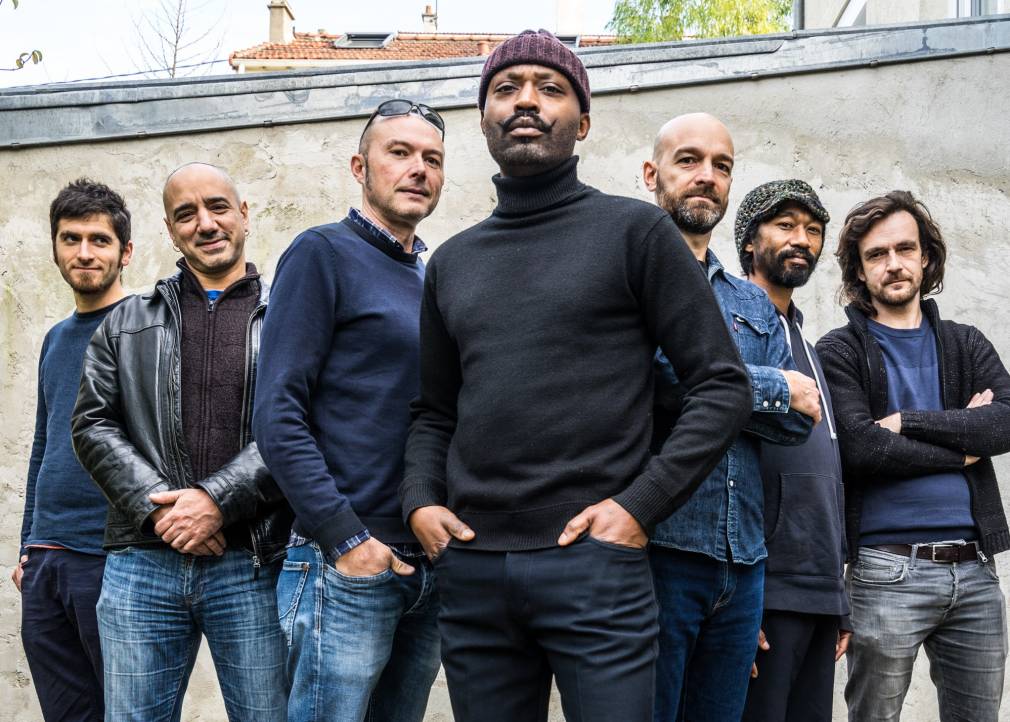 With the release of the 5-track EP, Fire Eater, the Parisian combo affirms its pronounced taste for adventurous mixes with a unique blend of hip hop, afrobeat and jazz.

This 5-track EP, recorded live at La Pêche studios in Montreuil in November 2019, took place just a few weeks after the band’s return from a tour in Nigeria where they played at the  2019 Felabration, invited by Fela Kuti‘s family for the concert series. The trip was a godsend for Roforofo Jazz, which became the first French group to appear on the famed tribute programme. And for good reason, the seven musicians have a special connection to live performance, their one and only channel of expression where moments of alchemy and connection are prioritized. It is a groove that is also felt on their EP. Their reputation was bolstered by this experience, which existed at the frontiers of mysticism offering flammable grooves and explosive inspirations. Now, Roforofo has returned to France with the obvious intention of taking the musical roads that have opened up to them. Roads full of mud – as the meaning of “Roforofo” in Yoruba indicates – rich in organic matter and synonymous with a return to their roots.

The Fire Eater EP is available on all streaming platforms via Home Office Rds / The Pusher.

Listen to Roforofo Jazz in our Songs of the Week playlist on Spotify and Deezer.