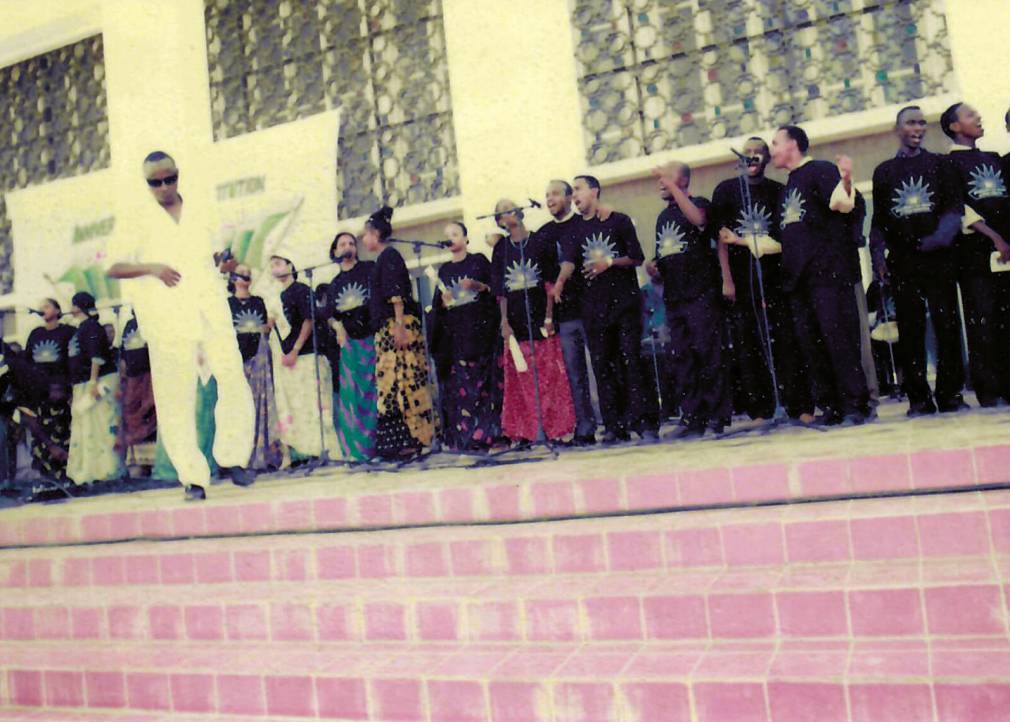 The Gulf of Tadjoura: All sounds meet on new album

Ostinato Records has scoured the Djibouti Radio and Television (RTD) archives for music by the Somali group 4 Mars, to be released on an album entitled « Super Somali Sounds from the Gulf of Tadjoura ».

This record contains numerous secrets and stories from East Africa. In 2019, Ostinato Records became the first label to get access to the Djibouti Radio and Television (RTD) archives, a priceless treasure for the radio station, which now holds the first recordings by the 40-member Somali band, 4 Mars. The group’s history also reflects the world’s most dynamic commercial crossroads halfway between Africa, Asia and the Mediterranean – the Gulf of Tadjourah. Here, Turkish synthesizers, Jamaican reggae, American brass instruments, Bollywood voices, Egyptian and Yemeni rhythms, and even Chinese and Mongolian flutes converge. All of these elements have come together in this small corner of East Africa to create Somali music at its most insolent, spiritual and syncretic.

Warmly restored and remastered from digital reels and cassettes kept in the RTD archives, this genesis of 4 Mars tells the story of how Somali music was built around a rich blend of peoples and cultures. Egyptians, Turks, Persians, Indians and Chinese drop anchor in the Gulf of Tadjourah in Djibouti, and each arrival has added deliciously new spices to the sound.

The group’s music provides a window into its past, when an African country was being built autonomously. Their name refers to 4 March 1977, the date of the foundation of the Rassemblement du Peuple pour le Progrès – the political party that has been in charge of Djibouti since independence. With its message of unity, 4 Mars was the official group of the party and Djibouti’s leaders considered their music as the ideal soundtrack during the era of independence, synonymous with the development of their country.

Super Somali Sounds from the Gulf of Tadjoura will be released on February 19 via Ostinato Records.