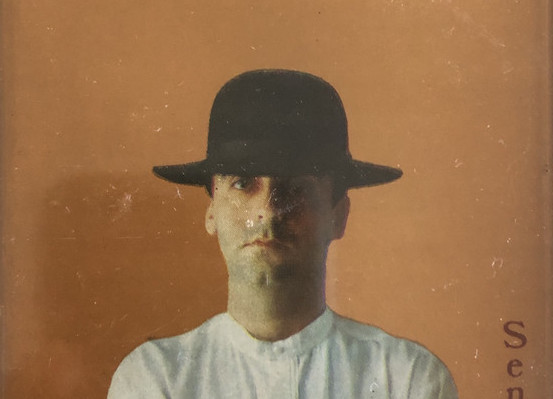 Immerse yourself in Brazilian disco funk with George Sauma Jr.

Originally produced in 1985 but never released, this eponymous album by Brazilian composer George Sauma Jr. reveals his fascination with disco-funk groove, a musical genre in line with the Brazilian Black Power movement of the 1970s.

An exclusive release by the singer and composer from Rio de Janeiro, this 1985 album  also presents the work of two great figures of Brazilian music: Arthur Verocai and Junior Mendes! It is an indispensable piece of work for all aficionados of Brazilian music.

At the time, George Sauma Jr. was a young artist from Rio de Janeiro, having learnt to play chords and compose songs on his own since the age of 10. At university, he was influenced by Brazilian artists such as Cassiano and Tim Maia, the father of Brazilian soul. Deeply fascinated by the “levada” (groove) of all these new Brazilian songs, George Sauma Jr. decided to throw himself, body and soul, into the new soul and funk landscape.

Around 1985, the story took an unexpected turn. George elaborates: “Junior Mendes’ mother was a candidate for the MP’s office and went to my father’s company to do some advertising. When I saw her, I shouted, “I’m a big fan of your son!” Of course, she couldn’t praise her own son’s work. On her advice, George went to her studio on the Rua Siqueria Campos in Copacabana. Junior loved the project and sent him to Arthur Verocai to improve the arrangements. With no money, the decision was made to record everything at Junior Mendes’ studio. It was a small edit, but the emotion was there. George surely had other plans for some of his songs but without the budget, they ended up doing everything they could with the resources they had and a great team of musicians: Paulo Black on drums, Arthur Verocai on guitar, Ricardo Do Canto on bass and Helvius Vilela on keyboards.

When George left the studio with the tapes, he knocked on the doors of international labels, but none of them answered. With less than 1,000 copies pressed at the time and no distributors or labels behind him, he went to the record shops, but received only a stark reminder of how difficult it was for a young Brazilian artist to succeed in the saturated market of the 1980s. Even for free, the record shops weren’t interested. Eventually, he ended up giving copies to his friends and family, knowing deep down that the songs were good enough: “I decided to leave, calmly and consciously. I still made three more albums, but on tape, because it was more affordable. This time, just for my own pleasure.” Thirty-five years later, there is a sense of closure in the fact that George Sauma Jr.’s first album can finally get the recognition it deserves.

But how was such a good record completely ignored by the international labels of the time? In the 1970s, Brazilian music enjoyed strong international recognition, especially in France and the United States, but only the most ‘exotic’ music was exported (samba, tropical dance and carnival fever). These standardized visions of Brazilian culture reject the figure of the Afro-Brazilian and consequently the musical genres that are in line with the Brazilian Black Power movement of the 1970s, i.e. funk and disco, two styles imported from the United States that were overshadowed by the Brazilian dictatorship of the time. Yet sambafunk, brasil disco and Brazilian funkjazz were very popular in the country thanks to singers such as Tony Tornado, Miguel de Deus, Lady Zu and Tim Maia, who produced many hits. This gave birth to the Black Rio Movement, which in turn inspired the name of a band, the Banda Black Rio. If it was mainly Afro-descendants who were fascinated by this music, it was because African decolonisation, the struggle for civil rights in the United States and the establishment of Brazil’s military dictatorship contributed to the radicalisation of the movement. In turn came the search for musical models from outside Brazil, in the hope of a great international pan-African movement in defence of Afro-Brazilians, as desired by the anti-racism activist and writer Abdias do Nascimento.

The album GEORGE SAUMA JR. will be released on 22 February via Favorite Recordings.