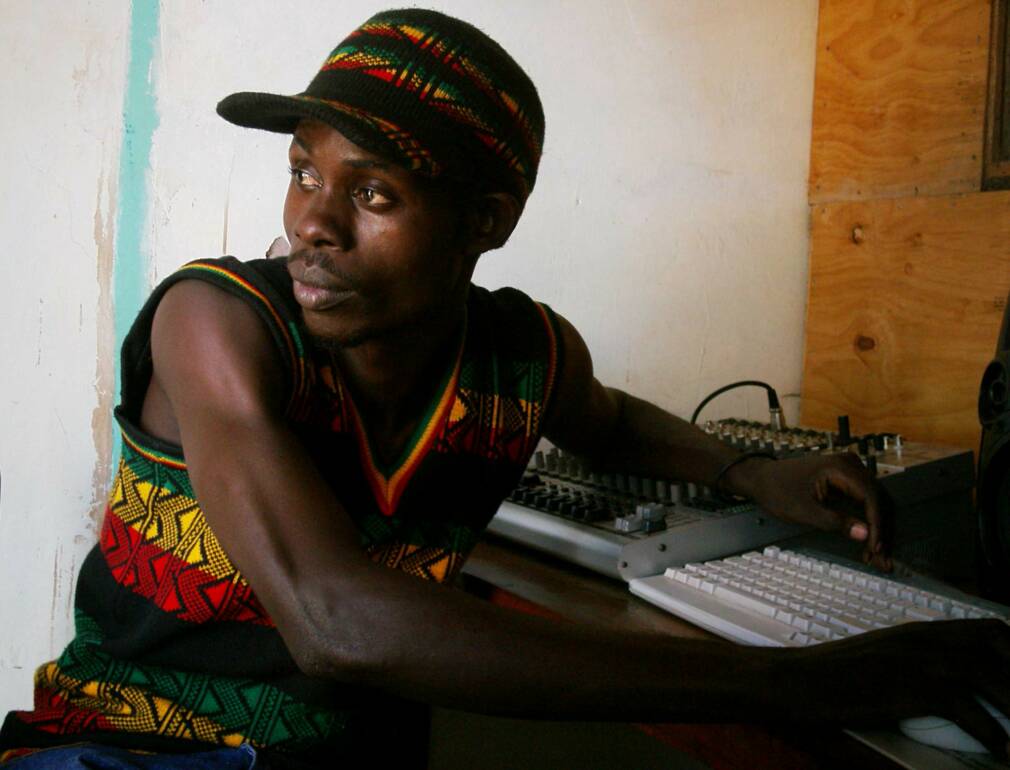 Pioneer of the acholitronix movement, the rare Leo PaLayeng honors us with his presence in PAM Club with a crazy mix that galvanizes Ugandan popular music.

From northern Uganda to southern Sudan, Acholi music is played and danced at various cultural celebrations and events. The Luo people commune through traditional dances (war dance, royal dance…) on an intense, joyful and unifying music, to celebrate a wedding, a baptism or a graduation. Since the beginning of the year 2000, Leo PaLayeng lends his studio to young artists, anxious to reinterpret the music of the Acholi people with modern techniques. Called Acholitronix by its creator, this 2.0 music that connects modern Africa to its ancestors was originally intended to replace the Larakaraka orchestras at weddings, offering a lighter and less expensive setup. As if this was a destiny for electronic music, this unique sound has spread beyond the borders of Uganda, even traveling outside the continent thanks to Nyege Nyege Tapes who released Otim Alpha’s Gulu City Anthems, co-produced by Leo. A forward-thinking musician at heart, he is still attached to his roots as he also plays the Nanga, an African harp that he has customized by adding 7 strings. Last January, Leo PalaYeng released Riddle of Tong Kicol on his label Makabila Umoja, a timeless album that tells the old tales of the Luo people with acholitronix sauce!

“My mix is a variety of sounds precisely selected to represent the cultures of Uganda, East Africa and the rest of the world, through the popular royal Acholi dance. It is composed of some collaborative remixes, mixed with the music of various current Acholi producers, a mixture called Acholitronix that has found its way onto the world stage from the Acholi music of the Luo people of Uganda. This rhythmic motif comes from the Larakaraka (court dance), Lakubukubu (traditional wedding dances) traditions, a genre that extends from the sounds of the Acholi people to their cousin tribes in East Africa. In this time of pandemic, we plan to release a lot of music on the Makabila Umoja and Lamyel Legends Recordz labels. Special dedication to Emiliano Motta, Otim Alpha, Pambulo, PAM and our followers at large. One love!“