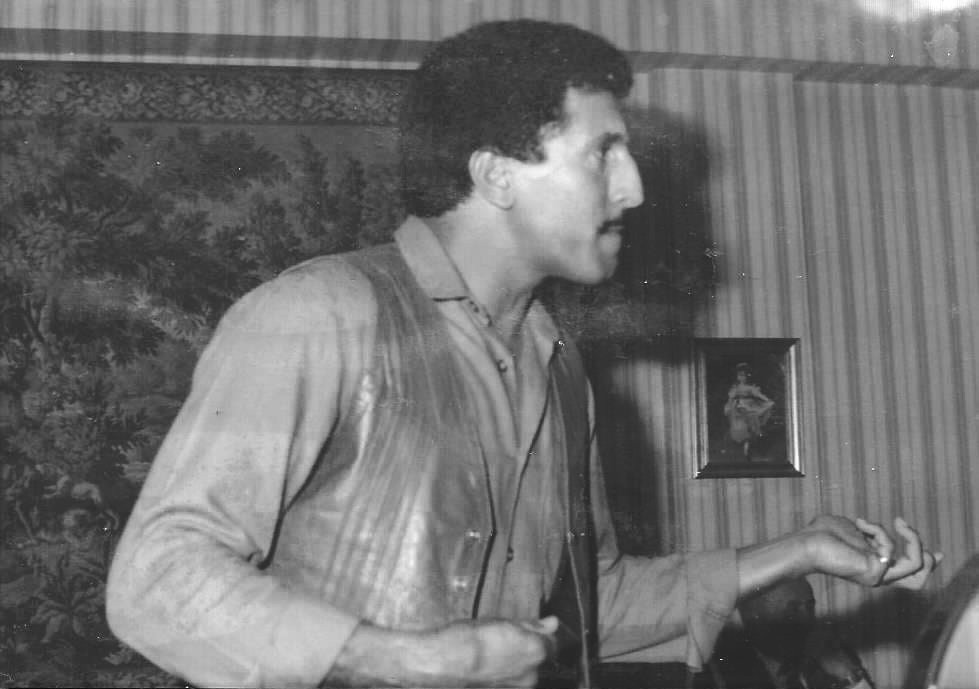 The American label will reissue the single “Atfalouna” by singer-songwriter Hassan Ideddir, originally released in 1989, with two bonus tracks.

Born of Berber parents in Morocco, Hassan Ideddir has been passionate about music since his early childhood. In 1987, he played a series of sold-out concerts in Casablanca, Rabat and Marrakech all for the benefit of a children’s aid association. This success allowed him to obtain a contract with a record company and to go to Paris to record his first single in 1988: “Aftalouna”.

Published in 1989 by Warner Elektra Atlantic, “Aftalouna” mixes digital synthesizers, samples, female choirs… around the suave and warm voice of Hassan Ideddir. The result is a resolutely Moroccan synthpop track, composed and arranged by Hassan Ideddir, like all the tracks of the reissue.

The main track of the project is followed by its instrumental version, and two bonus tracks that were not on the original edition: “Ibini”, a downtempo track that sounds Italo disco. As well as “Ydouchababe”, an electro track topped with funky guitars, electronic claps and a horn riff.

To accompany the vinyl, Dark Entries added a photo of Hassan Ideddir in the form of a postcard and the lyrics of the songs in Arabic / English. And to top it all off, all proceeds from this release will go to two charities: Sphere, which supports the queer community in Ukraine; and Children’s Relief Fund, which provides emergency humanitarian care to children in Gaza, Palestine. Class