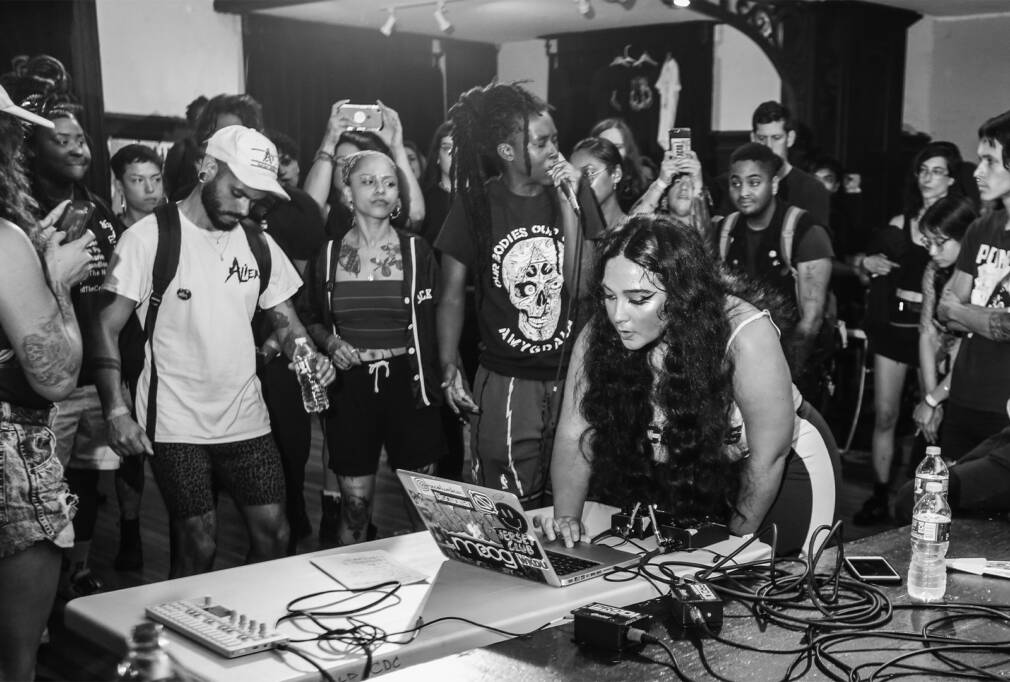 700 Bliss, the alliance of Moor Mother and DJ Haram, announces its first album

The New Jersey-based duo just unveiled “Totally Spies,” the chilling first single for the LP Nothing To Declare.

Based in Philadelphia since 2012, DJ Haram is a key figure of the New Jersey Noise scene. Her music draws inspiration from her region’s notorious club music, as well as from the music of the Middle East where her family is from. In 2018, she teamed up with Moor Mother, poet, activist and musician with a penchant for rap, for the Spa 700 project under the alias 700 Bliss.

“We connected very simply,” DJ Haram had told us in an interview. “At first I was just her DJ, then I started making beats for her, until we had our own tracks! We jammed for years together, her on lyrics, me on production…” The project, balancing both artists’ energies, synthesized the club power of Haram with the rabid, militant rap lyrics of Moor Mother.

The two artists are now set to unveil their full-length debut via London-based label Hyperdub. Nothing To Declare will be released on May 27, and is billed as a project of “club music and hip hop with punk energy, jazz, house-party catharsis, loud percussion-heavy analogue sound design, and cheeky skits“. The album will host the duo’s expanded entourage, inviting artists like Palestinian producer Muqata’a, singer Ali Logout, writer M Téllez, or producer Orion Sun. “Totally Spies,” the project’s first single, features Lawfandah for an ultra-dark grime session, punctuated by the singer’s quasi-robotic voice, giving a metallic taste of what’s to come.

Nothing To Declare by 700 Bliss, out on May 27 via Hyperdub.