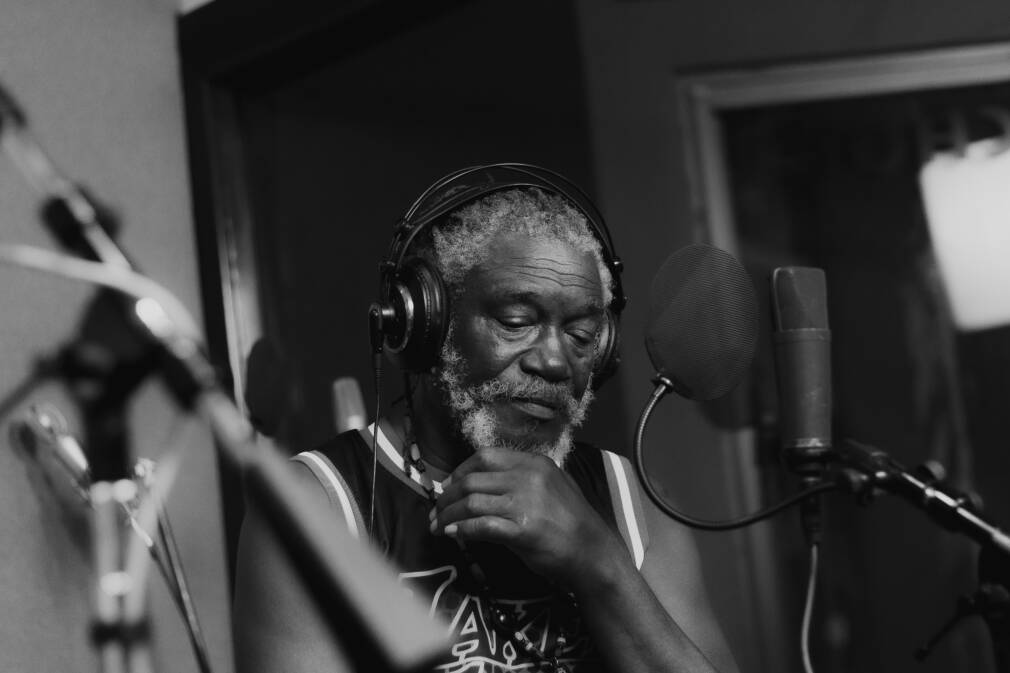 The Jamaican legend unveils the second single from his forthcoming album Midnight Rockers, a project alternating between rock and reggae.

The song “Try Love” was written by Horace Andy, Jeb Loy Nichols, George Oban and producer Adrian Sherwood. The latter, who had worked with Lee “Scratch” Perry on the Rainford and Heavy Rain albums, approached the production of Midnight Rockers in the same way he collaborated with the inventor of dub: surrounding himself with a select team and spending many months perfecting the recordings, arrangements and mixing, the result is a subtle mix of rock and reggae (ironic when knowing that “Scratch” had named his own style of music “rockers”).

After “This Must Be Hell”, released last February, “Try Love” is a perfect example of this mix. Horace Andy performs the song with his usual grace and soul, inviting us to “reject the trappings of wealth and fame and embrace the love of those around us” in true Rastafarian style; at the same time, the tempo, strings and synthesizer swoops suggest at first listen a classic rock song designed for the lovers of the genre.

Midnight Rockers will mark a new stage in the career of the Jamaican singer. After his dazzling success in the 1970s and 1980s with songs such as “Skylarking”, “Money Money” or “Love of a Woman”, the artist had published about thirty albums. He then reinvented himself with British band Massive Attack, a pillar of trip-hop. The two entities had collaborated on all the albums of the band released to date, and Andy had sung on several of their tours.

« Try Love » is available on all platforms, listen to it in our Songs of the Week playlist.