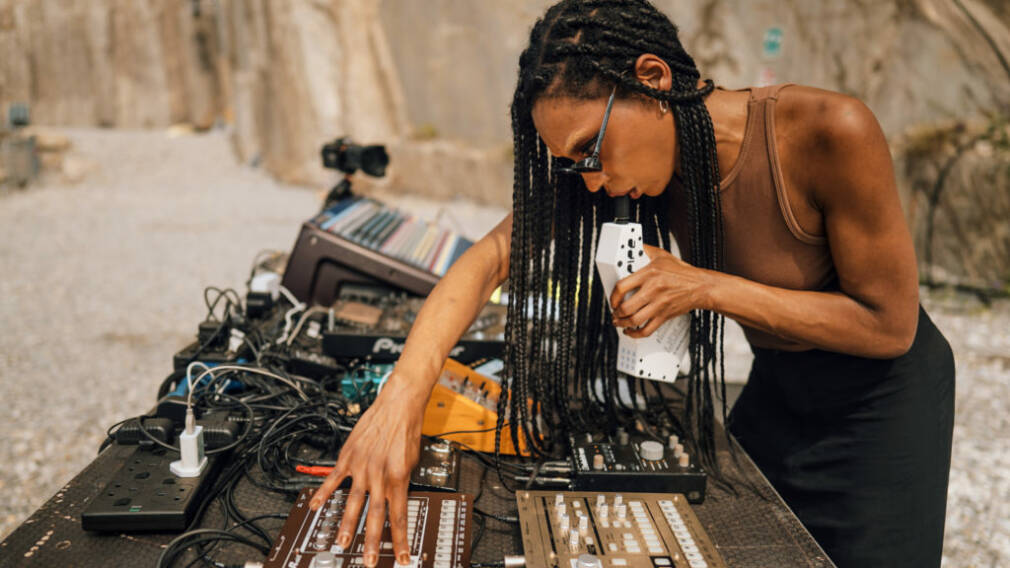 The pan‑African guide to Rewire 2022

A selection of our favorite pan-African artists from The Hague’s eleventh Rewire Festival, bringing together a wide range of musical and interdisciplinary performances, specially commissioned works, club nights and more.

Rewire (Stichting Unfold) is a non-profit organisation based in The Hague, dedicated to promoting and fostering contemporary music and sound. Scattered across the city in the many music venues offered in The Hague, Rewire brings the city to life with an exciting and contemporary selection of artists from around the world from April 7-10.

Among some of the more notable headliners include world-renowned composer Meredith Monk and American instrumentalist Eartheater. Other artists that makeup the fine selection include trumpeter Jaimie Branch and Kevin Richard Martin’s The Bug and South East London DJ and vocalist Coby Sey making for a heavily experimental and electronic lineup for boundary pushing connoisseurs. The festival will also include “conversations” with artists that dive into the headspace and installations of the musical and physical artists that will be dispersed around The Hague for four days. Lamin Fofana will be featured in a talk (who we’ll meet during the festival) as well as Nyege Nyege’s Slikback who will speak with Resident Advisor’s editor in chief Whitney Wei. Finally, Rewire will also feature a series of short films to be premiered at the festival, among them Rituals, Affect an experimental film connecting gestures, voicings, and images in time. Overall it’s a fully packed exploration of the cutting edge of electronic culture and avant garde art that is sure to be one to remember.

Dive into the apocalyptic raps of Ecko Bazz, the club foundation of Scratcha DVA or the sonic experimentations of Lamin Fofana, and our full selection of the must see pan-African artists at this year’s Rewire Festival.

Ugandan MC Ecko Bazz has challenged perceptions of East Africa’s burgeoning rap scene. Fusing hard raps with techno and rave culture, the Hakuna Kulala signee brings an apocalyptic flare to his explosive music. Catch him Saturday night while he addresses themes such as violence, religion, drug abuse and poverty in the Ugandan slums, all written and rapped in Luganda.

Lamin Fofana is an electronic music producer, DJ, and artist. Fofana grew up in Sierra Leone and Guinea before moving to the United States when he was a teenager. With a repertoire consisting of instrumental electronic, experimental, ambient and techno music, Fofana explores themes of displacement, identity and immigration, drawing inspiration from his own life and the migrant experience at large. A great show to close the festival on Sunday afternoon.

The founder of collective NON Worldwide, Nkisi blends the incredible polyrhythms of Congolese percussion music with hard style and techno for explosive sets that have been featured on Boiler Room, Kiosk Radio and FACT magazine. Her most recent project, 7 Directions, is rooted firmly in the African Cosmology of the Bantu-Kongo and in particular the writings of Kongo scholar Dr Kimbwandende Kia Bunseki Fu-Kiau.

The Carl Gari & Abdullah Miniawy project is an unlikely alliance between a German electro trio and a fiery Egyptian rapper and poet. Between The Bullet And The Front Sight, Casting Lots is out this Friday on Molten Moods. Read on for more info. On the one hand, a German electro trio steeped in industrial rock, ambient, and breakbeat; on the other, an Egyptian rapper whose pen drips with the ink of revolution. Carl Gari – made up of Jonas Yamer, Till Funke, and Jonas Friedlich – and the author Abdullah Miniawy come together for a unique blend of otherworldly music.

The subversive visuals of Weirdcore are a thrilling match for Slikback, a prolific and omnivorous musician who has emerged as one of the most exciting club artists from East Africa in recent years. Known for his dark sound design and mischievous approach to sampling and composition, Slikback has found a terrific aesthetic mold for his unique fusion of contemporary club styles like techno, dubstep, jungle, breakbeat, footwork, trap and drill.

Producer Cheb Runner (real name Reda Senhaji) is a musical hurricane rooted in the Moroccan soil, exploring the West European electronic musical landscapes. Nurtured by both worlds, he represents a new sound of in-betweenness. Using first hand sounds and recordings of his own sample bank based on traditional instruments, he mixes playfully analog with digital effects supported with an unique collection of synthesizers. Cheb Runner started his career on the music scene flirting with different names, collectives and genres the last 10 years.