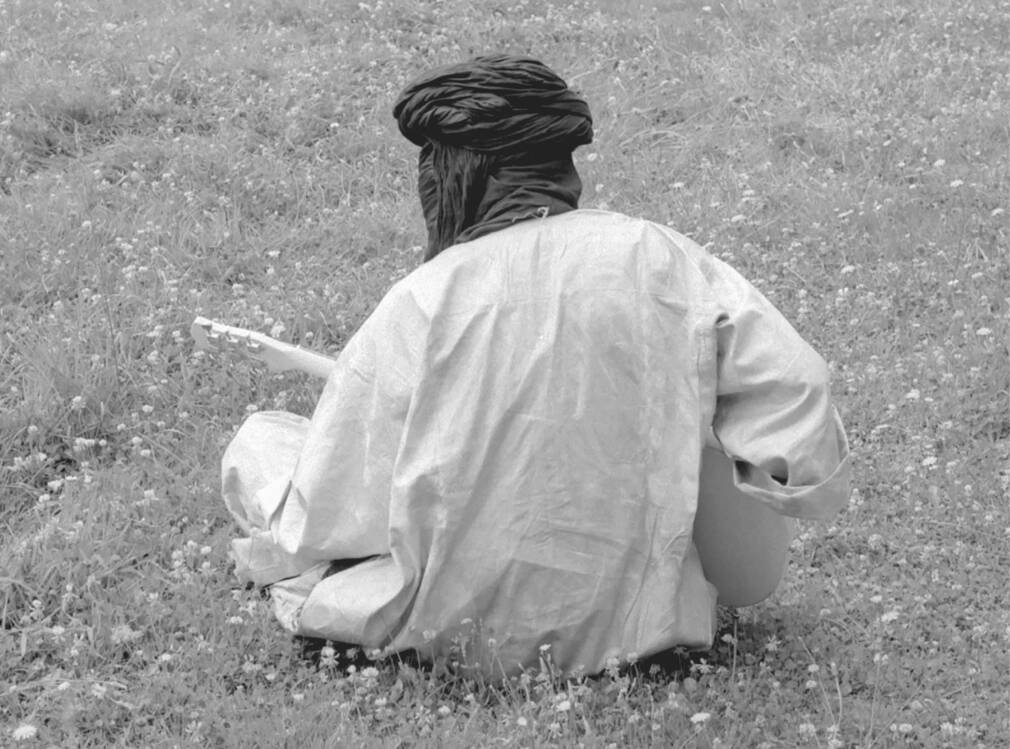 The Tuareg rock band returns with a three-track project released via Secousse, accompanied by a novel written by their manager.

For nearly 20 years, Terakaft has been a mainstay of the rich Saharan rock and blues scene. Originally from Mali, the band began its career in 1992 and has since gravitated around Tinariwen, a leading Tuareg music collective of which some of Terakaft’s musicians are members. Their latest album, Alone, dates from 2015, a troubled period for northern Mali which had inspired the band.

The group, which now operates around a duo, is now set to return with a hybrid project: Jagwar, a 7inch vinyl record produced by Justin Adams and accompanied by a novel written by Philippe Brix, Terakaft’s manager since the beginning. This book is apparently his “learning novel“, “a lifetime adventure” that will take the reader from Mali to Morocco, from Mauritania to Europe and America.
Here are the mysterious words that the label Secousse revealed about this writing: “Welcome to the fascinating world of Terakaft […]. A world made of light, dust, goats, tree shadows, gas, tea and fire. A world where teenagers don’t dream of being footballers but guitarists like Ibrahim of Tinariwen, like Sanou of Terakaft, or like Ousmane of Tamikrest. A world made of constant stuggles, of war zones, where getting a visa to tour is nearly impossible, where covering your face and head with tuareg turbans to face the desert winds will turn you into a potential islamist when boarding an airplane”. Until we know more, listen to the track “Jagwar”, already available.