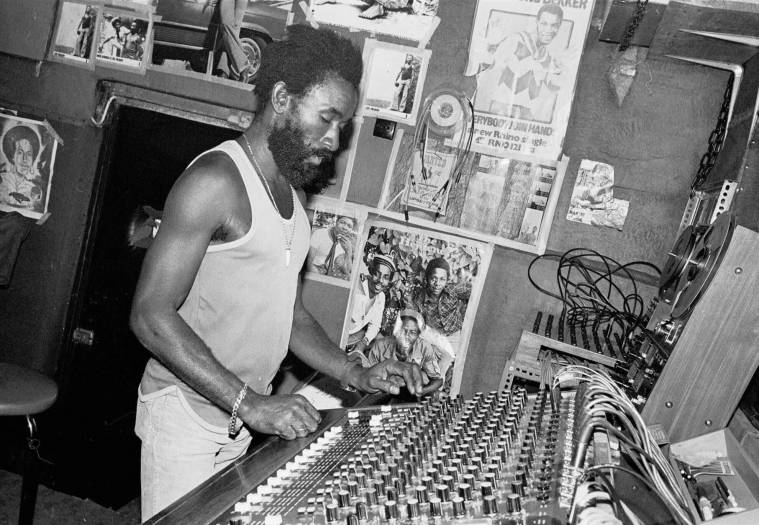 PAM is here to help you rediscover some unmissable records. Today, the treasure chest that is Lee ‘Scratch’ Perry’s Arkology (Island / Universal).

Without him, world music just wouldn’t be the same. Not only was Lee Perry a guru of afro-futurism he was also, without a doubt, one of the forefathers of reggae, one of the biggest influences on hip-hop, and one of the founders of the remix. A master of Jamaican dub, he had numerous nicknames (Little King, Pipecock Jakxson, The Upsetter, Super Ape, Dub Sheperd, Kojak, Kimble the Nimble…) and he learned his trade alongside the awesome producer Coxsone when he was at the height of his art. This box set, published in 1997 under the Island logo (we’ll never quite understand why Universal, who took control of Island, chose to take the shine off such an iconic brand!) is a compilation of tracks recorded from 1975 onwards in his Black Ark studio, named after Moses’ Ark of the Covenant.

Here we have three records divided into three chapters (Dub Organizer, Dub Shepherd, Dub Adventurer), the sum of which would change the history of music on the island. We find more than one classic such as the prophetic “War Ina Babylon” by Max Romeo; the visionary “Police & Thieves” by Junior Murvin; the magnetic “Congo Man” by the Congos; “Dread At The Control” with Mikey Dread’s distinctive vocals; the emblematic “Groovy Situation” which leaves no doubt about the debt reggae owes to soul; and of course a series of tracks laid down by the master with the Upsetters, including their founder Dub Revolution (a voice that rises from beyond the grave, a plunging, deep bass, and a deftly played guitar) to get us off on the right footing. And let’s not forget a whole bunch of alternative versions and other mixes that should satisfy even the most avid fan. The music is brought to you by a superlative team: Boris Gardiner, Robbie Shakespeare, Lowell “Sly” Dunbar, Earl “Chinna” Smith, Ernest Ranglin, Keith Sterling, Richard “Dirty Harry” Hall… and so on. Connoisseurs will appreciate the lineup, as it says a lot about the selection.

But apart from the names and numbers, what can we learn? That behind the controls, yet seemingly from outer space (rather like a tropical Sun Ra) sat “the best producer for working in the realm of the impossible”, according to the pianist Theophilius Beckford. Less than two years after recording the revolutionary album Blackboard Jungle with his brother and alter-ego King Tubby, as well as taking the reins at Black Ark Studio, the Jamaican was able to prove himself as a sound director. Tucked away in the Swiss Alps he was able to overcome the technical limitations of his equipment – a simple four-track. His method? A bit of DIY that consisted of the analogue recording and copying of tracks onto other tapes in order to layer up the sound without losing a shred of sound quality. Between 1975 and 1979, the distortions, saturations, and “mishandlings” (that those using Protools would be careful to correct instantaneously) would generate some supernatural sounds in this tiny studio that was so seeped in vibes that it had – according to some witnesses – an almost voodoo-like atmosphere. Forty years later the magic and the power of this Mad Man – to quote another of his classics – still echoes all around us.