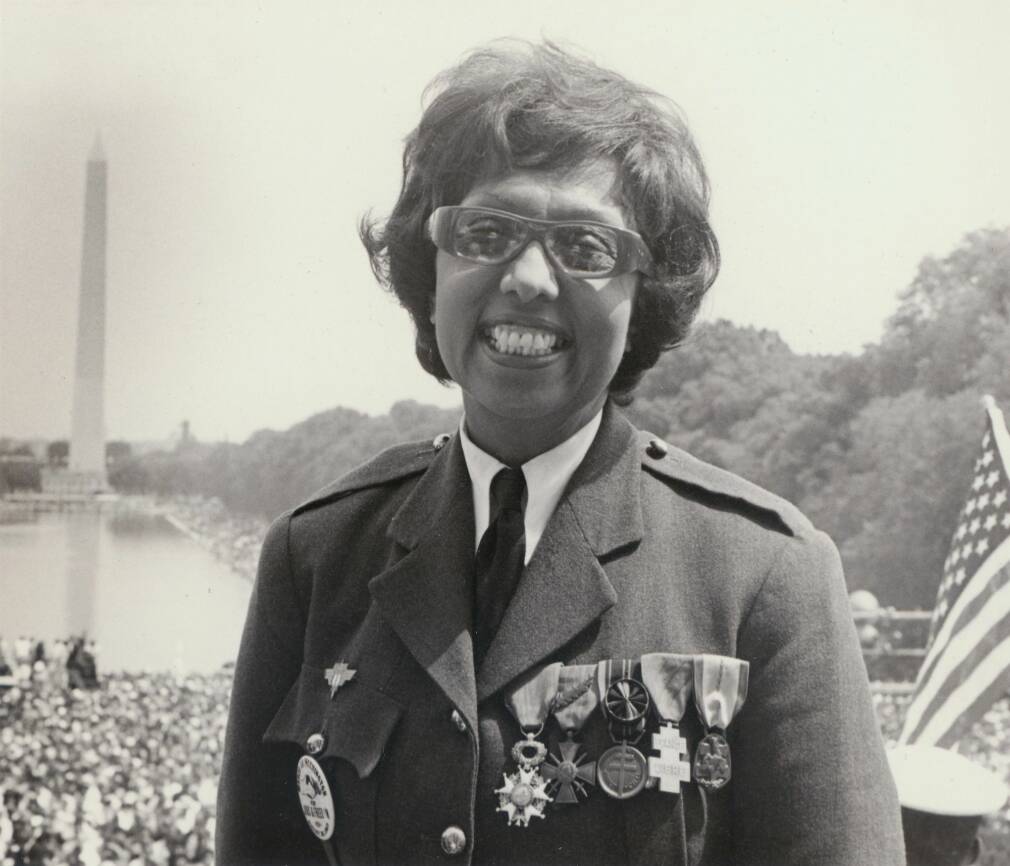 Josephine Baker was born on June 3rd, 1906 in St. Louis, Missouri. From a young age, Baker expressed interest in singing and the performing arts, beginning as a vaudeville dancer and in blackface comedy clubs, and making an appearance on several successful Broadway revues like Shuffle Along (1921) and The Chocolate Dandies (1924). Her success allowed her to take a performance tour of Paris at age 19. Baker would come to fall in love with the city, not only for its cultural vibrancy, but for the liberation against the heavy hand of racial prejudice in early 20th century America.

Upon arrival in Paris, Baker performed the “Danse Sauvage” an erotic dance that accommodated the exotic fetishization of a newly spawned interest in non-Western art forms. During this time Baker was known to associate with artists and intellectuals including Langston Hughes, Pablo Picasso, Jean Cocteau, Christian Dior, and Ernest Hemingway. She also starred in several silent films of the era, popular mostly in Europe. However, it was after landing the lead in the revival of Jacques Offenbach’s opera La Creole in 1934 that Baker went from “petite danseuses sauvage” to a diva of monumental proportions, with attendees proclaiming that they had seen, “the greatest most spectacular singer and performer of our generation”.

Then came WWII. During this time, Baker used her charm and stardom as a weapon of espionage in service of the Deuxième Bureau, the French military intelligence agency. With unprecedented gall and a flurry of covert activity, Baker was able to penetrate the interiors of the Vichy government, enemy embassies, and inaccessible zones under the guise of entertainment, relaying all she overheard and coerced with charm to the allied forces. Baker also housed members of the Free French effort, transported secret messages on her sheet music with invisible ink, and acquired visas and paperwork for those in need.

In sum, Baker’s war efforts were as heroic and glamorous as her time on stage. After the war, Baker received the Croix de guerre, the Rosette de la Résistance and was made a Chevalier of the Légion d’honneur by General Charles de Gaulle for her service.

Possessing a newfound gravitas as both a titanic entertainer and war hero, Baker directed her post-war efforts towards civil rights activism. Returning to the United States, Baker refused to play for segregated audiences, managing to integrate concert halls in Miami and Las Vegas, earning her the title of NAACP’s Woman of the Year in 1951. Furious at the conditions of black Americans throughout the US, Josephine embarked on a speaking and writing tour condemning segregation, and becoming a vocal figurehead for civil rights. This culminated in her appearance and speech at the historic March on Washington in 1963 alongside Reverend Martin Luther King.

Below is the most quoted excerpt from that speech:

“I have walked into the palaces of kings and queens and into the houses of presidents. And much more. But I could not walk into a hotel in America and get a cup of coffee, and that made me mad. And when I get mad, you know that I open my big mouth. And then look out, ’cause when Josephine opens her mouth, they hear it all over the world …”

In 2021, Joesphine Baker made history once again when a petition circulated proposing she be interred at the Place du Pantheon in Paris among figures such as Victor Hugo, Voltaire, and Marie Curie. The petition was accepted and signed by president Emmanuel Macron, making Baker the first black woman to be included in this highest honor, proclaiming Baker is the, “incarnation of the French spirit”.

PAM salutes the life, heroism, and courage of Josephine Baker on this historic day.