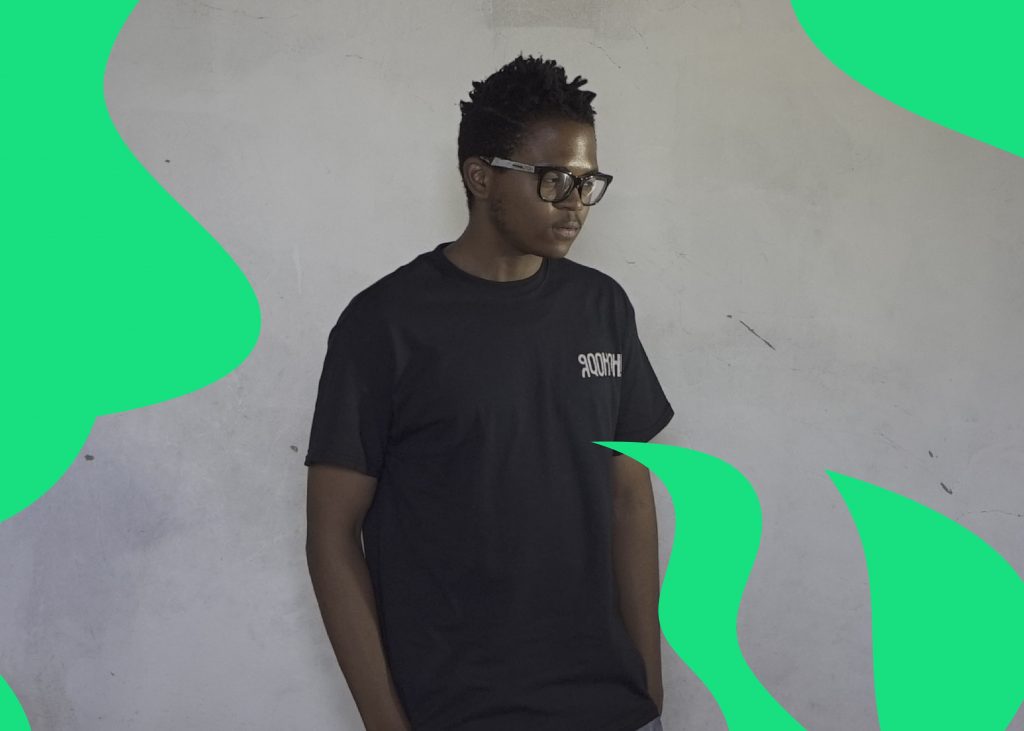 Passing by Paris for the Gqomunion #5 party, we asked Citizen Boy to open his USB stick and give us the perfect track for every stage of a party.

21 year old Citizen Boy is known for being one of the most inventive gqom producers of his generation. He started producing on Fruity Loops in 2012, having been introduced to the software by his uncle. Initially inspired by house and kwaito, he started producing within the Mafia Boyz. His discovery of DJ Lag‘s “Blast” would push him into the gqom craze, from which he never came back. His tracks are raw and powerful, to the point that they caught Kanye West’s attention. He now works as an A&R for Gqom Oh!

It’s a good track to start your set because it’s dark and it automatically sets the mood of the room to be dark. It’s like you’re going through a black hole. It has this hypnotic sample that’s screaming in a mans’s deep voice, like he’s in trouble and he can’t get out of this black hole: “help, help, help, help”.

It’s very minimal and dark, it has like this hypnotic sample that gets stuck in your head.  The song is very spacious as well, it’s dark and it doesn’t have a lot of instruments, so it makes it good because you can feel the mood and the build up of the song.

The song you’ve played the most since the beginning of your carreer?
“Indaba kaBani Besibenuza” by Citizen Boy

It’s the track that got me so much attention worldwide and a lot of people who know me know that track. It’s like a signature track and I love to play it because every time I play it people go wild, especially when the song comes back with the bell they just lose their minds !

It’s a really soulful track but it is sgubhu not gqom. It’s a really good song to end the set with, as well if you want a dance vibe but at the same time you want something to touch your soul, it’s a sad beautiful song that keeps you calm and puts you in your own state of mind…

It has catchy vocals on it and it’s like sgubhu with a little bit of pop and soulful at the same time. I think it’s good to close with it because the vocals are catchy and it will be the last thing they think about. When the set is over, the song will still ring in their heads.

The power of kwaito music: In conversation with Sandy B
Interview