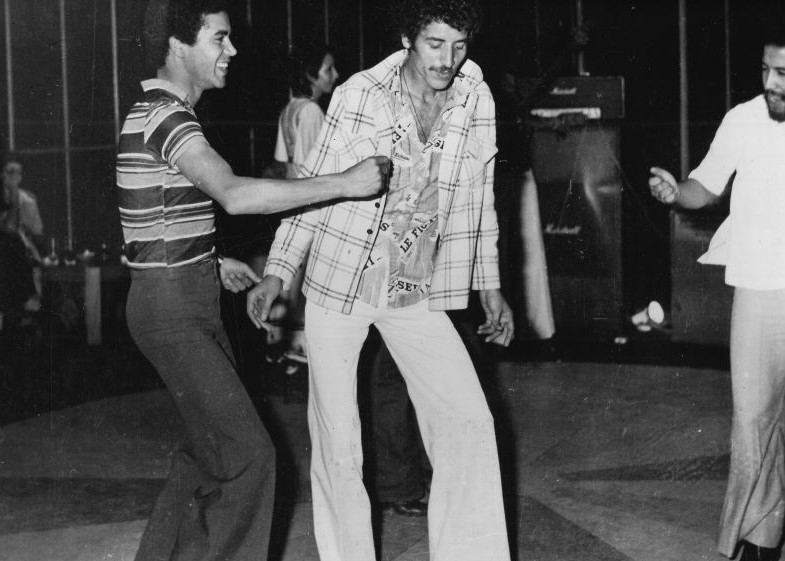 Habibi Funk is dedicated to re-releasing music from artists from the Arab world mixed local and regional influences with musical interests that came from outside of the region. The record label shed light on essentials artists like Moroccan James Brown Fadoul, Algerian film score composer Ahmed Malek or Tunisian disco band Al Massrieen. Three years after its debut, Habibi Funk releases its first anthology, Habibi Funk: An eclectic selection of music from the Arab world.

Record label’s boss, DJ Jannis Stürtze, explains: “Even though the name suggests it’s all about funk music, our focus is more than just that. Often these influences might be inspired from Western popular music such as soul, pop and rock but it’s not limited to that either. Some of our favorite records are best described as Arabic zouk (a genre

originating from the Caribbean islands of Martinique and Guadeloupe), Algerian coladera (a popular musical style from the Cape Verdean islands) or Lebanese bossa, which means the process of musical influences displayed on this compilation was much more versatile than just taking Western music as a blueprint and translating it with a local accent.”

“At the same time we do not want anyone to misunderstand this compilation as a selection of songs to represent Arabic musical history of the 1970s and 1980s. We would never dare to state anything going in this direction. This compilation is nothing more than a very personal curation of songs we like and in no way reflects on what has been popular in a general sense.” add the label.

An eclectic selection of music from the Arab world, Habibi Funk / Jakarta Records

Read next: Touareg band Imarhan is getting funky

Habibi Funk’s new compilation, between the Maghreb and the Mashreq
News