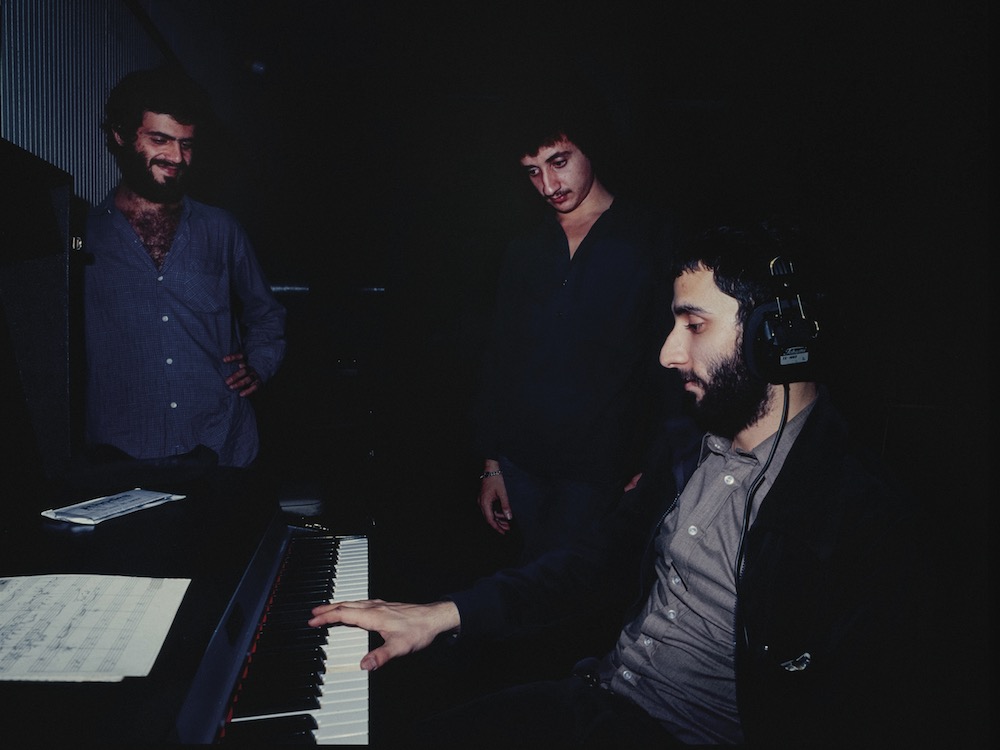 Reediting Oghneya has been the longtime project of German label Habibi Funk. It was initially released in 1978 on cassettes by Beirut-based trio Ferkat Al Ard, consisting of Issam Hajali, Toufic Farroukh and Elia Saba. However, tracking down the former band members proved to be difficult but Habibi Funk did manage to get in touch with the retired Hajali who agreed to embark on this project.

Ferkat Al Ard was active during a peculiar period in Lebanese history and Hajali was exposed to many different sounds during his youth. Indeed, 60s and early 70s Beirut was a true cultural hub in the years following Lebanon’s independence in 1943 and preceding the civil war which took place from 1975 to 1990. Moreover, there was a strong connection between Brazil and Lebanon, which still exists today as Brazil holds the largest Lebanese diaspora. There were many exchanges between the two countries and some immigrants returned with Brazilian records. The Bossa Nova was really popular at the time in Beirut. Hajali recounts attending concerts in the Hamra district in 1974 where Brazilian musicians played the occasional gig.

In 1976, Hajali met with Ziad Rahbani, the son of legendary singer Fairouz with whom he shared a common passion for Brazilian music. He arranged some of the tracks of what would become Oghneya. But the album is also an ode to Palestinian poetry as the lyrics sung by Hajali are based on poems written by three major Palestinian poets of the last century including Mahmoud Darwish, Samih Al Qasem and Tawfiq Ziad. A revealing choice which gave Oghneya a rather political tone in the context of the Lebanese war but Ferkat Al Ard has never hidden its involvement within Lebanon’s left-wing movement. The album itself is a beautiful blend between Lebanese folk, jazz and Brazilian music where Hajali’s singing is embedded into the uniquely beautiful string arrangements backed by the band’s poignant, swinging groove. Now reedited, only two songs from the original release of Oghneya did not make it onto the reissue. “Ghfyara Ghaza” was replaced by the song “Juma’a 6 Hziran.” while “Huloul” was taken off without a replacement.