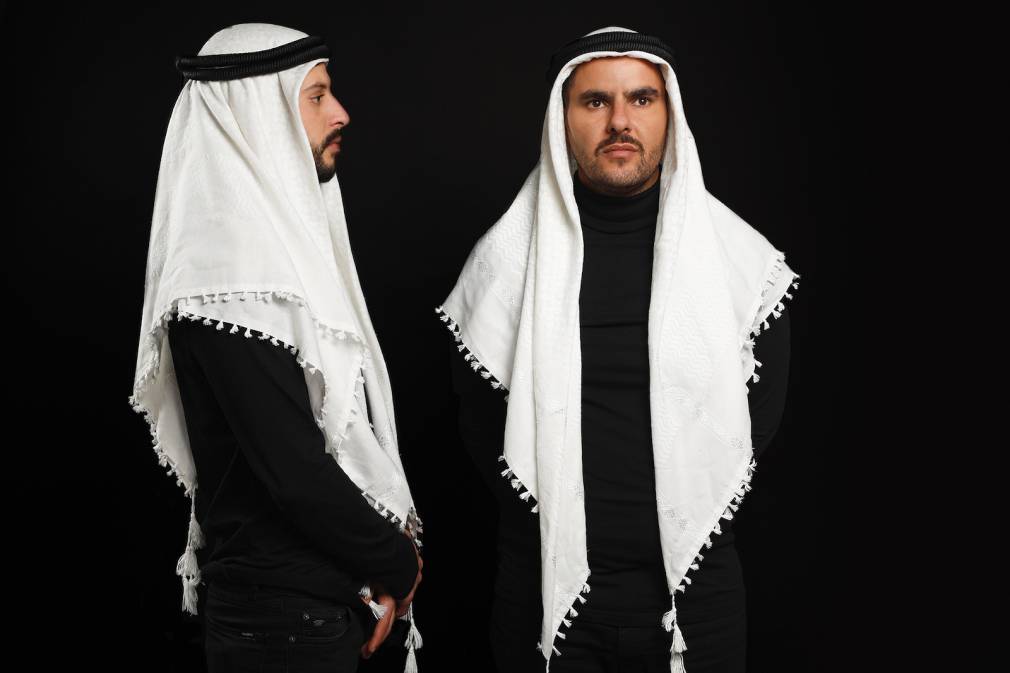 After their EP KSR KSR KSR released in spring 2019, Haifa Zenobia’s binomial is about to release Halak Halak, their very first album to come – logically – from their fellow diggers at Acid Arab Records.

The duo Zenobia, who were formed on a night of improvisation in a Haifa dance hall, brought together producer Nasser Halahlih and the brilliant keyboard-player Isam Elias. Two years after its creation, the young group has already performed all over the world: electronic and hypnotic synthesizers… The duo inflames the traditional structures of Middle Eastern dabke, in a new and unusual form.

This singular approach – in which trance takes the upper hand – will immediately seduce two other acid fanatics: Acid Arab. While on tour in Northern Israel, the two Parisian fell under Zenobia’s spell and signed them straight away to their label, Acid Arab Records*.

After travelling back and forth between their studio of Shefa Amr and the small Kabareet stage in Haifa, where they test their new compositions live, Nasser and Isam have just released Halak Halak, their first album to be released in June: “Halak Halak is a very common expression which literally means ‘welcome’ in Arabic,”  says the duo, “From Egypt to Syria, from Tunisia to Morocco, all Arabic speakers can refer to it, it speaks to everyone. That’s the purpose of Zenobia’s sounds, we invite as many people as possible to discover our world, share our emotions and stories, travel with us!”

Halak Halak is scheduled for June 5th, you can pre-order it now here.

*Acid Arab Records is a subsidiary of  Crammed Discs.