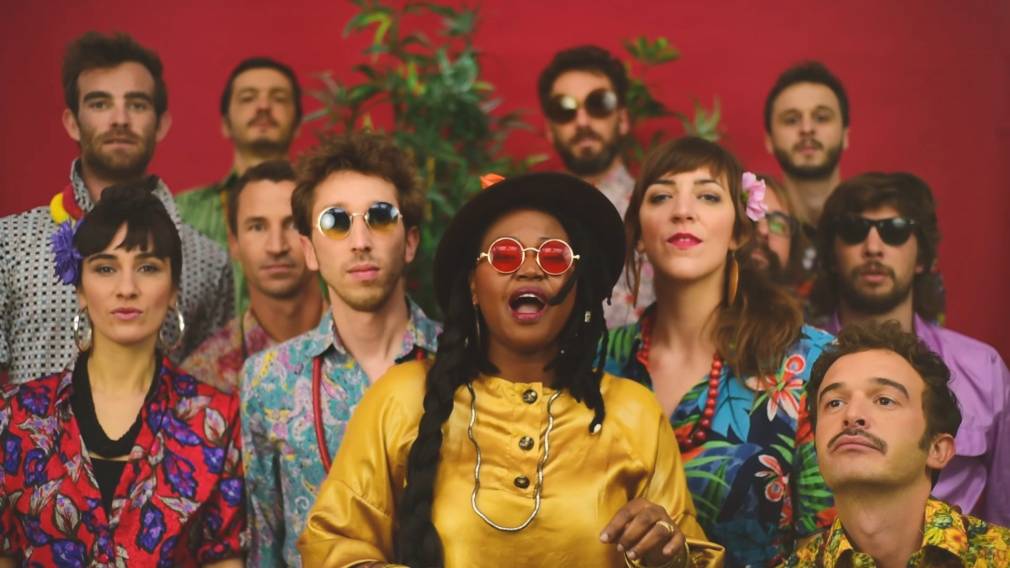 Electric Mamba, the result of a meeting between a Central African singer and a Lyon-based collective, unveils a colourful video clip inspired by the African sounds of the seventies.

The Parisian label Underdog Records recently gave us a few nice releases that we’d highlighted, like Dowdelin’s Creole explorations or Kolinga‘s Congolese influences,for the International Women’s Rights Day. Today, we’re off to the Central African Republic with the combo Electric Mamba, who unveil a new single accompanied by an infectiously cheerful music video.

When soul singer Idylle Mamba crossed paths with Lyon big band Electric Safari, the collision gave birth to the group Electric Mamba. The ten members of this French-style Afrobeat orchestra express their passion for the African productions of the 70s with bewitching melodies carried by an old-fashioned brass section. The charismatic Idylle Mamba sings about popular culture and the daily life of Central Africans in her maternal language, Sango, and gives her all in the midst of her crazy fellow musicians. They spit out their influences in a colourful clip with a feel-good spirit, in the form of a collective psychedelic release!