It’s refreshing to see an artist sing “if the world gonna end, (I’m) still taking care of my skin”.

As the world battles through the Coronavirus pandemic, many governments have directed citizens to stay-at-home. People could get caught up in the day-to-day business of living and taking care of their families so much that they forget to take care of their skin. Your favorite celebrity most likely looks a mess right now.

On set of the video (directed by Tobi, Stay Neutral + Glassface), Tobi Lou takes us through his skincare program, with bright and cherry aesthetics melding into the song’s upbeat sound, one Lou’s become known for. It’s refreshing to see an artist sing “if the world gonna end, (I’m) still taking care of my skin”. Throughout the song, and as shown in its video, Tobi Lou is attentive to his body, and wants to emulate the remarkable skincare of a youngish 40+ person “like Pharrell”.

In all, “Skin Care Tutorial” is a timely song from an artist who loves skincare, an often forgotten (but definitely important) part of our reality right now.

Tobi Lou, who has been described as “one of the most colorful and fluid rapper-singers to emerge from Chicagoland” was born in Nigeria, moving with his family to Chicago, Illinois, when he was only two. Since 2018, when he released a couple of EPs and his debut album in August 2019, Tobi Lou has been intent on shaping his own sound, and not being compared with some other Chicago artists, popular amongst them Chance the Rapper. Lou’s love for cartoons is well-documented and he’s forged a path for himself by fusing the art form into his music and visuals. 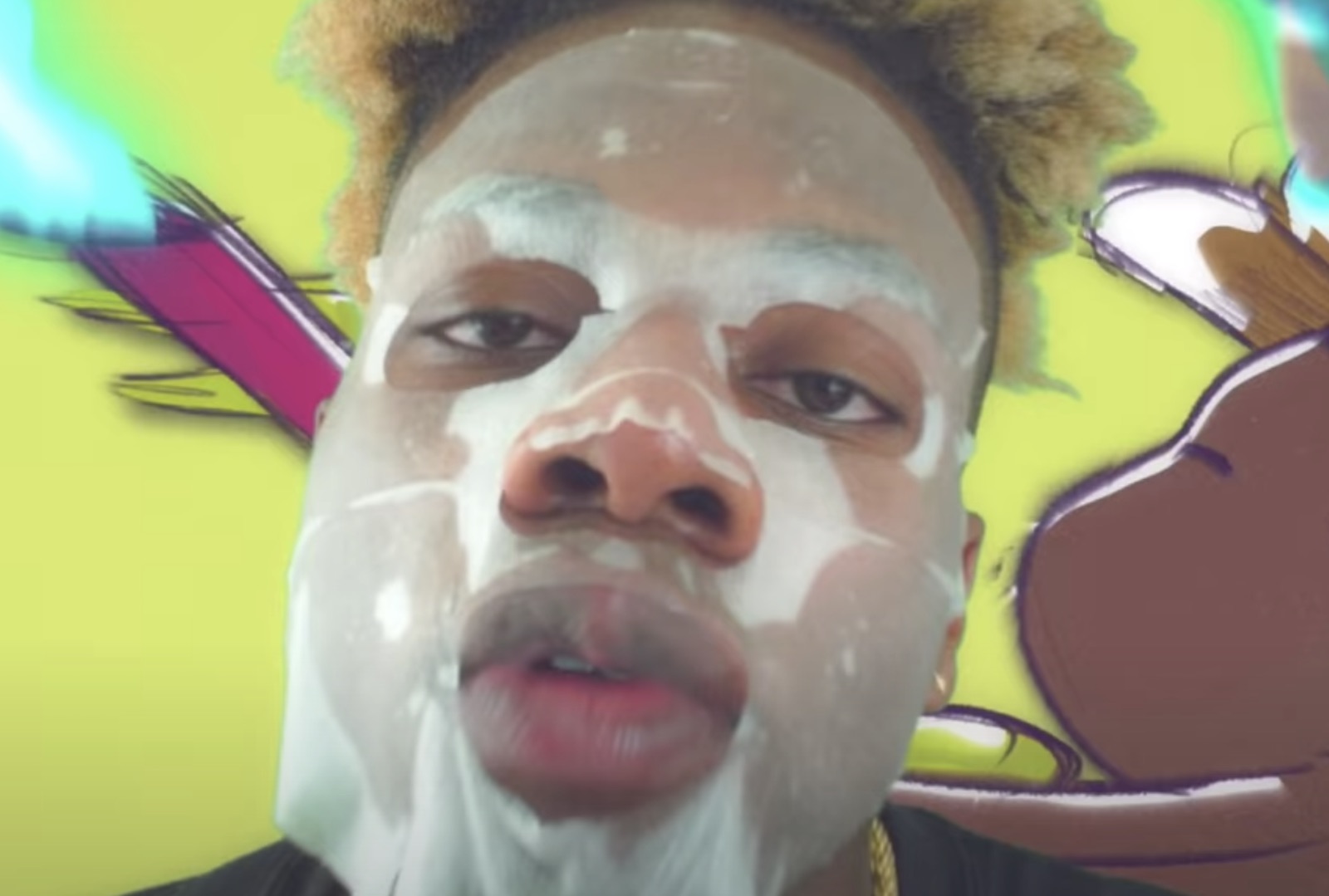