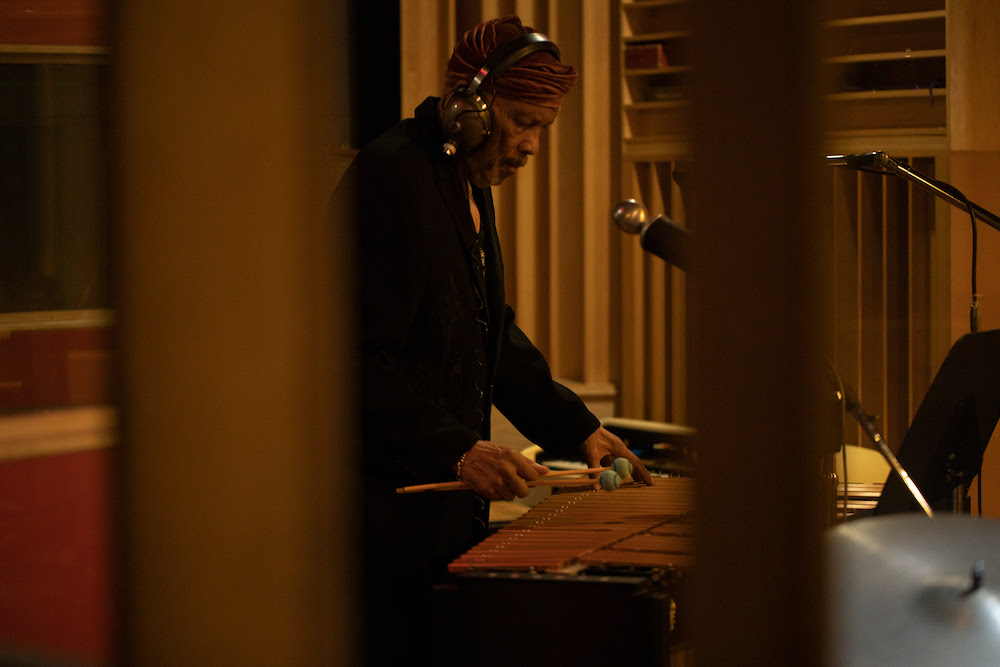 Composed of eight original tracks and recorded with six hands at producer Younge’s Linear Labs studio in Los Angeles, this summit meeting of Great Black Music is a clever mix between the quintessential jazz fusion/neo-soul of Ayers’ discography and the retro-modern soul approach of the two producers.

With the voices of Loren Oden and Joi Gilliam, Younge & Shaheed Muhammad take turns playing bass, electric piano, clavinet or mellotron, while the vibraphonist makes the instrument of which he is the undisputed master speak with elegance and warmth.

After the release of the compilation Jazz is Not Dead 001, on which we find among others the brilliant vibraphonist, with this record Adrian Younge and Ali Shaheed Muhammad demonstrate all their will to re-inscribe this music in our time – a philosophy that will be the guiding thread of the recordings of their label Jazz Is Dead.