Sonido Gallo Negro, Back With its Mystical "Cumbia Ishtar" 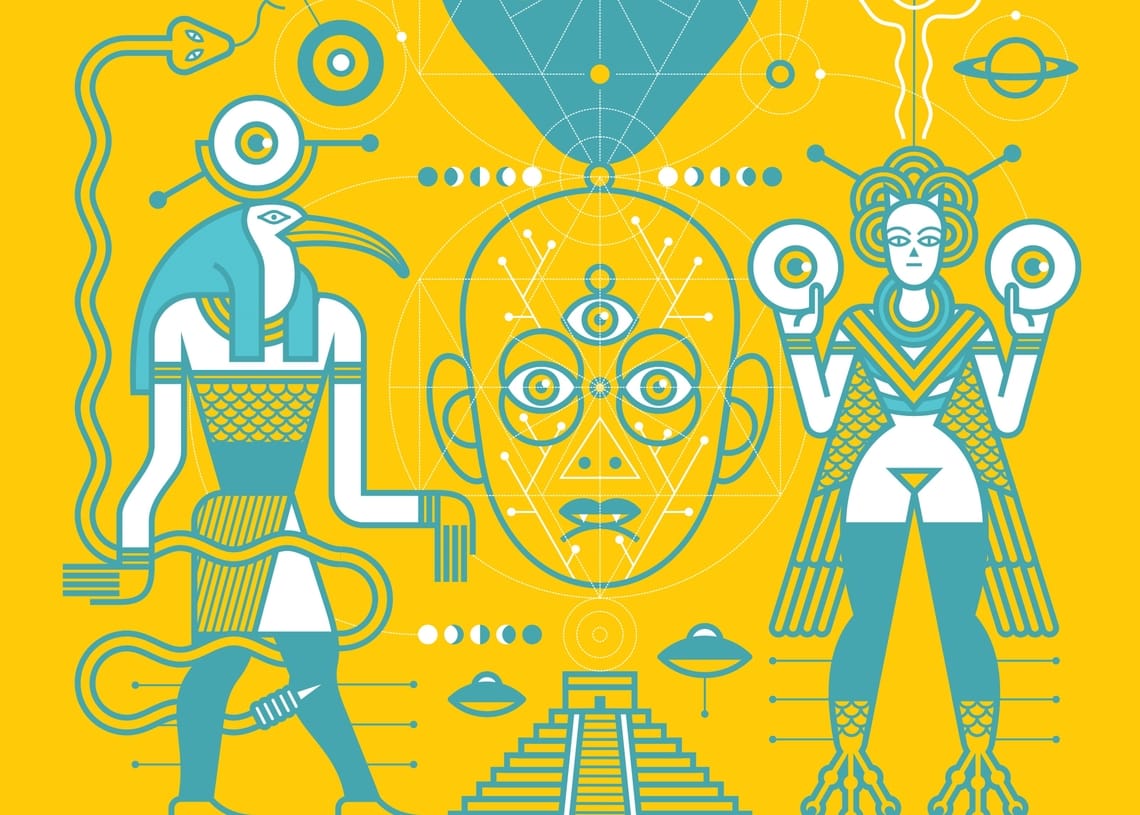 After four years of absence, Sonido Gallo Negro is about to release its next album, an exotic version of frenzied sounds enriched from all over the continent. Demonstration with their first title “Cumbia Ishtar”.

Sonido Gallo Negro (SND) is a magnificent 9-piece instrumental combo from eastern Mexico City that channels Peruvian cumbia from the 1960s and various styles such as Amazonian cumbia, huayno and boogaloo. The ensemble is mainly formed by Gabriel Lopez, Israel Martinez, Enrique Casasola, Julian Perez and designer Jorge Alderete.
Their compositions, rich in electric guitars, flourish a great diversity of tropical and joyful sounds thanks to the Farfisa organ, the theremin, the flute and of course a fluid Latin percussion.

Combining their psychedelic music with Dr Alderete’s exceptional visuals, realized in real time during their performances, SND transports us into their mystical and retro universe.

Listen to this track inside the Glitterbeat playlist on Spotify or Deezer.

Their song “Cumbia Ishtar” is dedicated to Ishtar, the enigmatic Babylonian deity of fertility, love, war and sex, which guards the secret of the beginning of humanity and all music. It is inspired by a famous Mexican Cumbia “Cumbia Arabe” by composer Francisco Nicolás Bobadilla. The band then merged it with a rhythm close to the “Calypso”, synthesizers and choruses. This song illustrate the group’s ability to create a very particular hypnotic mambo, and their mixed influences from Latin America, Middle East and Africa.

See you on April 04 to discover the 11 tracks of Sonido Gallo Negro’s upcoming album Mambo Cosmico.

Read Next:  Glitterbeat: Origins and philosophy of a versatile label